Most affections are habits or duties we lack the courage to end.
Henri de Montherlant

Affection cannot be manufactored or regulated by law. If one has no affection for a person or a system, one should be free to give the fullest expression to his disaffection, so long as he does not contemplate, promote, or incite to violence.
Mahatma Gandhi, 1922 Circuit House speech (court) charged with "attempting to disaffect towrds his majestys government".

Remember, that if thou marry for beauty, thou bindest thyself all thy life for that which perchance will neither last nor please thee one year and when thou hast it, it will be to thee of no price at all for the desire dieth when it is attained, and the affection perisheth when it is satisfied.
Sir Walter Raleigh 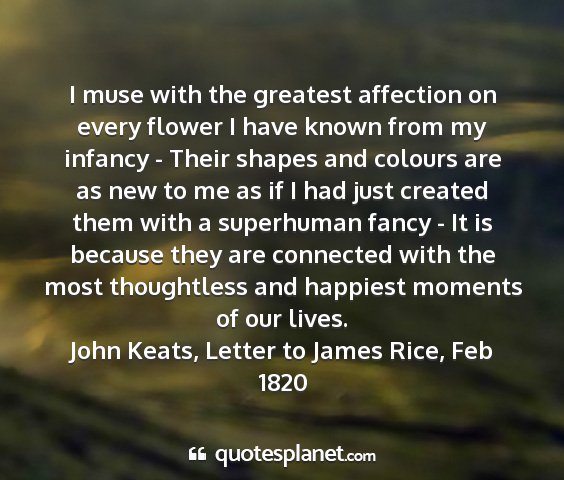 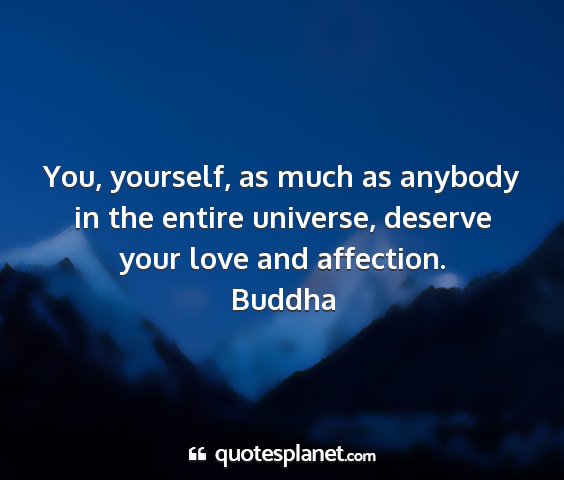 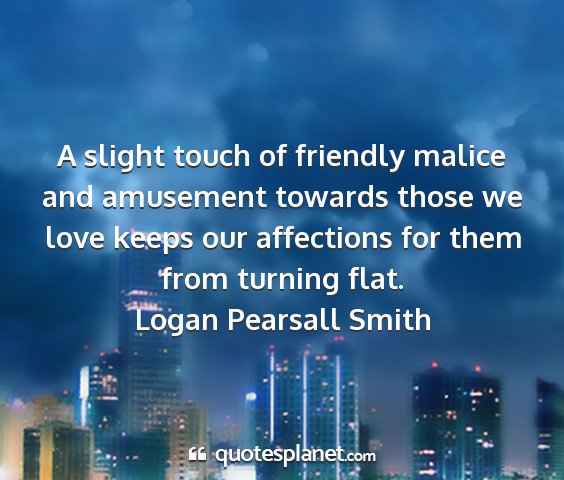 A scientific man ought to have no wishes, no affections, - - A mere heart of stone.
Charles Darwin

All my life, affection has been showered upon me, and every forward step I have made has been taken in spite of it.
George Bernard Shaw

Humor is the affectionate communication of insight.
Leo C. Rosten

Men are more accountable for their motives, than for anything else; and primarily, morality consists in the motives, that is in the affections.
Archibald Alexande

Always when I see a man fond of praise I always think it is because he is an affectionate man craving for affection.
J. B. Yeats

In all the important preparations of the mind she was complete: being prepared for matrimony by an hatred of home, restraint, and tranquillity; by the misery of disappointed affection, and contempt of the man she was to marry.
Jane Austen, Mansfield Park

The moment we indulge our affections, the earth is metamorphosed there is no winter and no night all tragedies, all ennuis, vanish, - All duties even.
Ralph Waldo Emerson

The proof of a poet is that his country absorbs him as affectionately as he has absorbed it.
Walt Whitman, Preface to Leaves of Grass, 1855

In the education of children there is nothing like alluring the interest and affection, otherwise you only make so many asses laden with books.
Michel de Montaigne

Let grace and goodness be the principal loadstone of thy affections. For love which hath ends, will have an end; whereas that which is founded on true virtue, will always continue.
John Dryden

One should never direct people towards happiness, because happiness too is an idol of the market - Place. One should direct them towards mutual affection. A beast gnawing at its prey can be happy too, but only human beings can feel affection for each other, and this is the highest achievement they can aspire to.
Aleksandr Solzhenitsyn

Remember, that if thou marry for beauty, thou bindest thyself all thy life for that which perchance will neither last nor please thee one year; and when thou hast it, it will be to thee of no price at all; for the desire dieth when it is attained, and the affection perisheth when it is satisfied.
Sir Walter Raleigh

Language is not an abstract construction of the learned, or of dictionary makers, but is something arising out of the work, needs, ties, joys, affections, tastes, of long generations of humanity, and has its bases broad and low, close to the ground.
Noah Webste

The affections are like lightning; You cannot tell where they will strike till they have fallen.
Jean Baptiste Lacoraire

Does it really matter what these affectionate people do - - So long as they dont do it in the streets and frighten the horses.
Mrs. Patrick Campbell

No greater nor more affectionate honor can be conferred on an American than to have a public school named after him.
Herbert Clark Hoove

A correct answer is like an affectionate kiss.
Johann von Goethe

We are a spectacular, splendid manifestation of life. We have language.... We have affection We have genes for usefulness, and usefulness is about as close to a common goal of nature as I can guess at. And finally, and perhaps best of all, we have music.
Lewis Thomas, The Medusa and the Snail (1979)

With affection beaming out of one eye, and calculation shining out of the other.
Charles Dickens

Love must not touch the marrow of the soul. Our affections must be breakable chains that we can cast them off or tighten them.
Louise Erdrich

Different taste in jokes is a great strain on the affections.
George Eliot

The hardest of all is learning to be a well of affection, and not a fountain to show them we love them not when we feel like it, but when they do.
Nan Fairbrothe