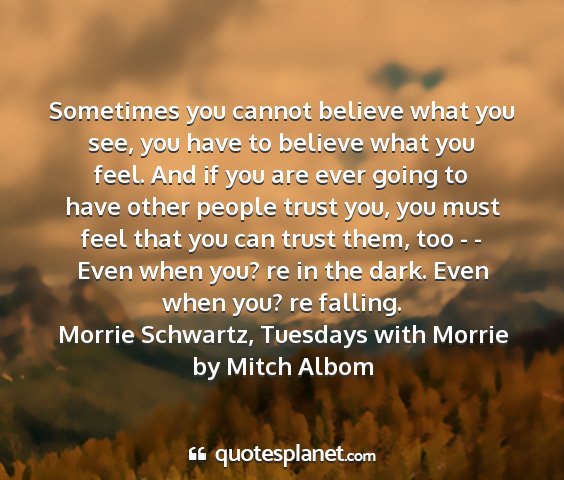 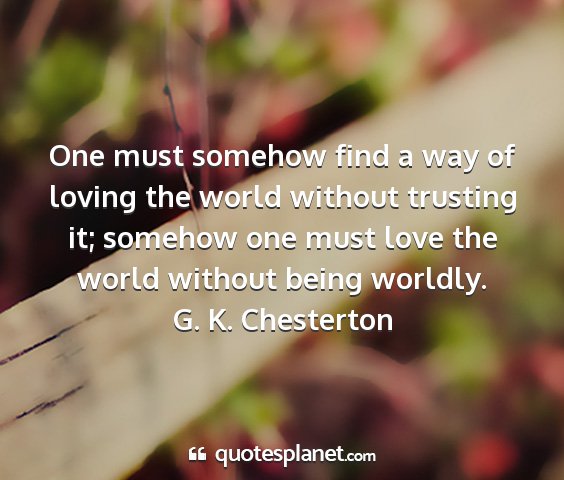 Self - Trust is the essence of heroism.
Ralph Waldo Emerson

Peace has in it trust in the Lord, that He governs all things, provides all things, and leads to a good end.
Emanuel Swedenborg, From the book "Arcana Coelestia" #8455

Courage is always greatest when blended with meekness; intellectual ability is most admired when it sparkles in the setting of modest self - Distrust; and never does the human soul appear so strong as when it foregoes revenge and dares to forgive any injury.
Author Unknown 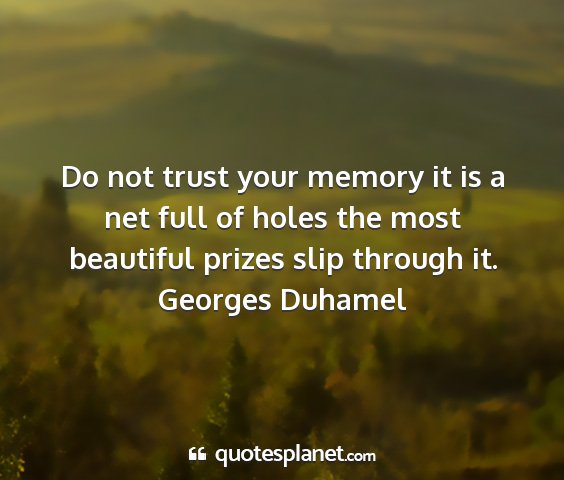 Grow old along with me The best is yet to be, The last of life, for which the first was made Our times are in his hand who saith, A whole I planned, Youth shows but half trust God See all, nor be afraid.
Robert Browning

Therefore the people came to Moses, and said, We have sinned, for we have spoken against the Lord, and against thee; pray unto the Lord, that he take away the serpents from us. And Moses prayed for the people. Lesson of trust.
Numbers 21: 7, Holy Bible

In God we trust all others must pay cash.
American Prove

Few things can help an individual more than to place responsibility on him, and to let him know that you trust him.
Booker T. Washington

The biggest lesson I learned from Vietnam is not to trust our own government statements. I had no idea until then that you could not rely on them.
William Fullbright

Relationships of trust depend on our willingness to look not only to our own interests, but also the interests of others.
Peter Farquharson

Trust your instinct to the end, though you can render no reason.
Ralph Waldo Emerson

Even in the common affairs of life, in love, friendship, and marriage, how little security have we when we trust our happiness in the hands of others.
William Hazlitt

As soon as you trust yourself, you will know how to live.
Johann Wolfgang von Goethe

The only way to make a man trustworthy is to trust him.
Henry Stimson

Faith is, above all, openess; an act of trust in the unknown.
Alan Watts

Friendship is constant in all other things Save in the office and affairs of love: Therefore all hearts in love use their own tongues; Let every eye negotiate for itself And trust no agent.
William Shakespeare, "Much Ado about Nothing", Act 2 scene 1

It is better to suffer wrong than to do it, and happier to be sometimes cheated than not to trust.
Samuel Johnson

People can be in general pretty well trusted, of course - - with the clock of their freedom ticking as loud as it seems to do here - - To keep an eye on the fleeting hour.
Henry James, "The Ambassadors", Book Fifth, Chapter 2

Trust yourself. You know more than you think you do.
Benjamin Spock