Feeling passionate about something is like getting a peak at your soul smiling back at you.
Amanda Medinge

Their element is to attack, to track, to hunt, and to destroy the enemy. Only in this way can the eager and skillful fighter pilot display his ability. Tie him to a narrow and confined task, rob him of his initiative, and you take away from him the best and most valuable qualities he posses: aggressive spirit, joy of action, and the passion of the hunter.
LtGen Adolf Galland, Luftwaffe 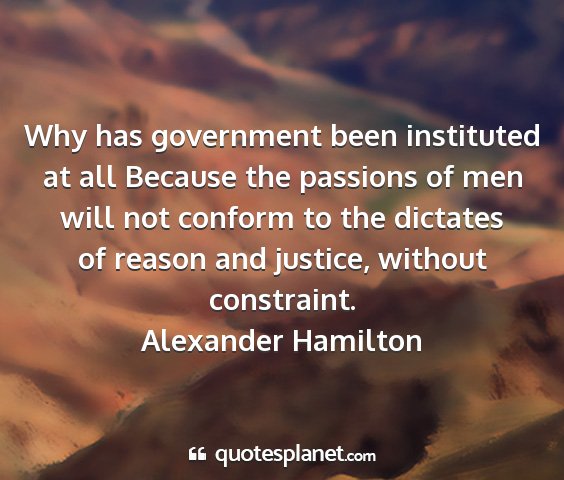 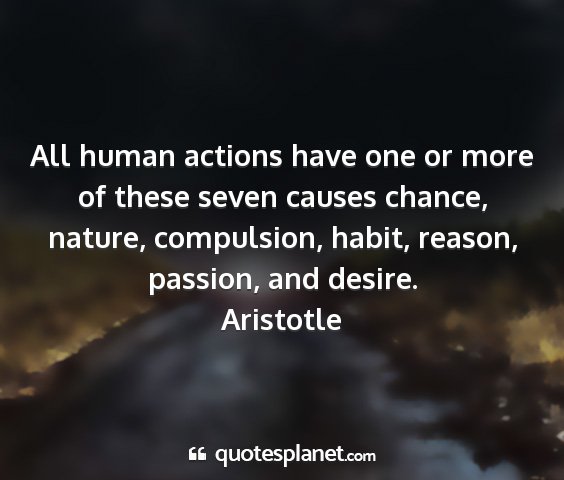 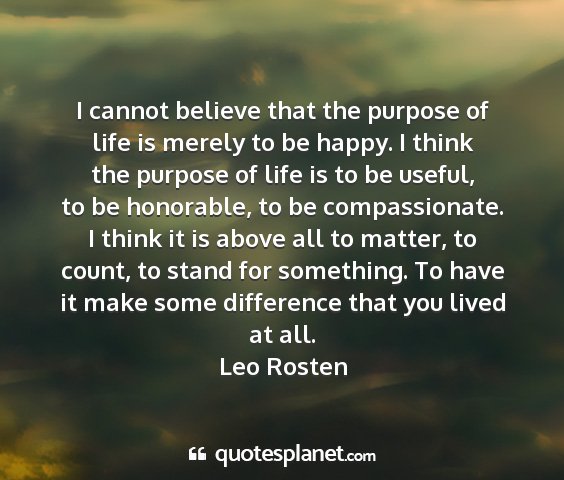 He who reigns within himself and rules his passions, desires and fears is more than a King.
John Milton

If I were to wish for anything, I should not wish for wealth and power, but for the passionate sense of potential - - For the eye which, ever young and ardent, sees the possible. Pleasure disappoints; possibility never.
S? ren Kierkegaard

Calendars are for careful people, not passionate ones.
Chuck, The World According to Chuck weblog, September 8, 2003

Make no judgements where you have no compassion.
Anne McCaffrey

My passions were all gathered together like fingers that made a fist. Drive is considered aggression today; I knew it then as purpose.
Bette Davis, The Lonely Life, 1962

Music gives a soul to the universe, wings to the mind, flight to the imagination, a charm to sadness, gaiety and life to everything. It is the essence of order, and leads to all that is god, just, and beautiful, of which it is the invisible, but never less, dazzaling, passionate, and eternal form.
Plato

He was then in his fifty - Fourth year, when even in the case of poets reason and passion begin to discuss a peace treaty and usually conclude it not very long afterwards.
G. C. Lichtenberg

The duration of passion is proportionate with the original resistance of the woman.
Honore de Balzac

What a mistake to suppose that the passions are strongest in youth The passions are not stronger, but the control over them is weaker They are more easily excited, they are more violent and apparent but they have less energy, less durability, less intense and concentrated power than in the maturer life.
Edward Bulwer - Lytton

Hope arouses, as nothing else can arouse, a passion for the possible.
William Sloane Coffin, http: //www. pbs. org/now/society/coffin. html

I wanted to become the seeker, the aroused and passionate explorer, and it was better going at it knowing nothing at all, always choosing the unmarked bottle, always choosing your own unproven method, armed with nothing but faith and a belief in astonishment.
Pat Conroy, "The Lords of Discipline".

Control thy passions, lest they take vengeance on thee.
Epictetus

I have no mercy or compassion in me for a society that will crush people, and then penalize them for not being able to stand up under the weight.
Malcolm X, The Autobiography of Malcolm X

Life is short. Time is fleeting. Realize the Self. Purity of the heart is the gateway to God. Aspire. Renounce. Meditate. Be good do good. Be kind be compassionate. Inquire, know Thyself.
Swami Sivanada

Nothing great in the world has ever been accomplished without passion.
G. W. F. Hegel

Being religious means asking passionately the question of the meaning of our existence and being willing to receive answers, even if the answers hurt.
Paul Johannes Tillich

Who is wise He that learns from everyone. Who is powerful He that governs his passions. Who is rich He who is content. Who is that Nobody.
Benjamin Franklin

How far you go in life depends on your being tender with the young, compassionate with the aged, sympathetic with the striving and tolerant of the weak and strong. Because someday in your life you will have been all of these.
George Washington Carve

The holy passion of Friendship is of so sweet and steady and loyal and enduring a nature that it will last through a whole lifetime, if not asked to lend money.
Mark Twain

Perhaps the mission of those who love mankind is to make people laugh at the truth, to make truth laugh, because the only truth lies in learning to free ourselves from insane passion for the truth.
Umberto Eco

A grand passion is the privelege of people who have nothing to do.
Oscar Wilde, The Picture of Dorian Gray