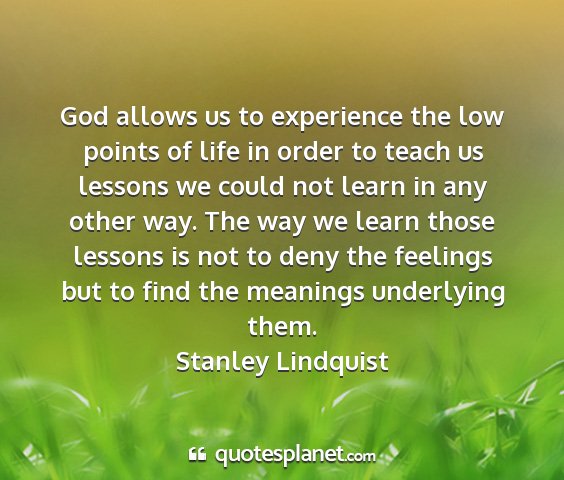 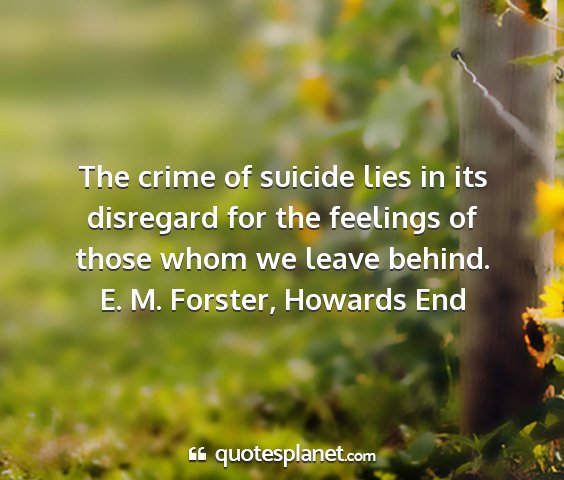 We not only live among men, but there are airy hosts, blessed spectators, sympathetic lookers - On, that see and know and appreciate our thoughts and feelings and acts.
Henry Ward Beeche

It is the way we react to circumstances that determines our feelings.
Dale Carnegie

It was one of the deadliest and heaviest feelings of my life to feel that I was no longer a boy. From that moment I began to grow old in my own esteem - And in my esteem age is not estimable.
George Gordon Byron

Poetry is the spontaneous overflow of powerful feelings.
William Wordsworth

It is no longer my moral duty as a human being to achieve an integrated and unitary set of explanations for my thoughts and feelings.
Bronwyn Davies

Mankind is governed by minorities, seldom or never by majorities. It suppresses its feelings and its beliefs and follows the handful that makes the most noise. Sometimes the noisy handful is right, sometimes wrong, but no matter, the crowd follows it.
Mark Twain, The Mysterious Stranger, Chapter IX

Opinion is ultimately determined by the feelings, and not by the intellect.
Herbert Spence

I offer you peace. I offer you love. I offer you friendship. I see your beauty. I hear your need. I feel your feelings. My wisdom flows from the Highest Source. I salute that Source in you. Let us work together for unity and love.
Mohandas Karamchand Gandhi

Feelings of worth can flourish only in an atmosphere where individual differences are appreciated, mistakes are tolerated, communication is open, and rules are flexible - - The kind of atmosphere that is found in a nuturing family.
Virginia Sati

My feelings would never change, but... now she was gone, and this thought meant more to me than the impending destruction of the world.
Roger Zelazny, The Courts of Chaos

Perhaps the feelings that we experience when we are in love represent a normal state. Being in love shows a person who he should be.
Anton Chekhov

Anger is a symptom, a way of cloaking and expressing feelings too awful to experience directly - - Hurt, bitterness, grief and, most of all, fear.
Joan Rivers

All great discoveries are made by men whose feelings run ahead of their thinking.
C. H. Parkhurst

We are slow to believe that which if believed would hurt our feelings.
Ovid

At the risk of sounding ridiculous, a true revolutionary is guided by great feelings of love.
Ernesto "Che" Guevara