Humility is the embarrassment you feel when you tell people how wonderful you are.
Laurence Pete 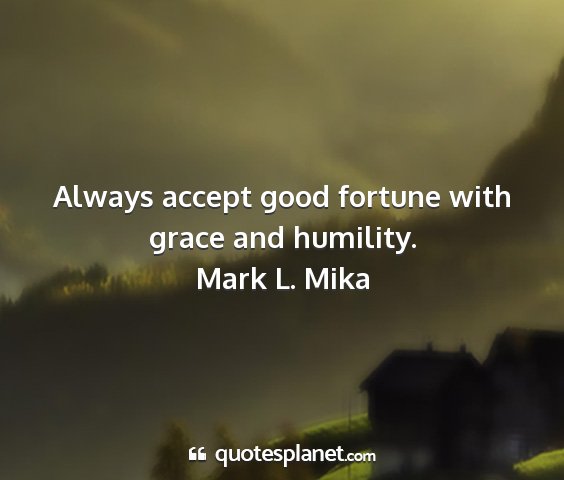 The mission before us as ambassadors is to assure peace among, as it were, the diplomatic corps of fellow ambassadors. Thus we are to walk in lowliness humility and meekness, which foster longsuffering and enable us to forbear one another in love.
Stephen Shobe

By these things examine thyself. By whose rules am I acting; in whose name; in whose strength; in whose glory? What faith, humility, self - Denial, and love of God and to man have there been in all my actions?
Jackie Mason

Humility is not disgraceful, and carries no loss of true pride.
Ernest Hemingway, "The Old Man and the Sea".

The greatest friend of Truth is time, her greatest enemy is Prejudice, and her constant companion Humility.
Charles Caleb Colton

A greedy man will always find himself in the shackles of humility.
Imam Ali, Peak of Eloquence (Nahjul Balagha)

Real excellence and humility are not incompatible one with the other, on the contrary they are twin sisters.
Jean Baptiste Lacordaire

What the world needs is more geniuses with humility, there are so few of us left.
Oscar Levant

Humility is no substitute for a good personality.
Fran Lebowitz, Metropolitan Life, 1978 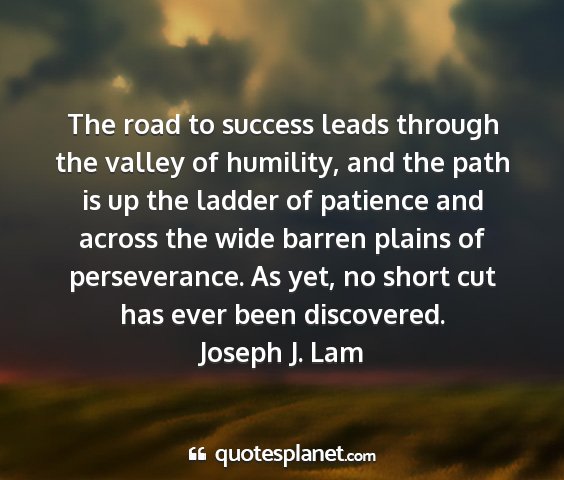 If we were to be asked suddenly to give a definition of humility we would doubtless be greatly embarrassed.
Edwin Holt Hughes 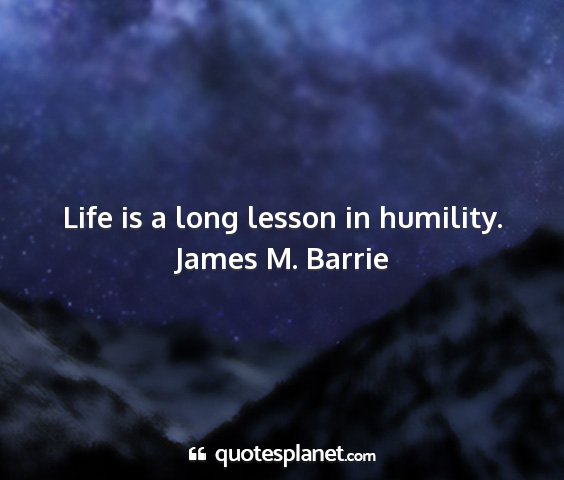 Personally I rather look forward to a computer program winning the world chess championship. Humanity needs a lesson in humility.
Richard Dawkings:, "The Selfish Gene".

Never hire or promote in your own image. It is foolish to replicate your strength and idiotic to replicate your weakness. It is essential to employ, trust, and reward those whose perspective, ability, and judgment are radically different from yours. It is also rare, for it requires uncommon humility, tolerance, and wisdom.
Dee W. Hock, Fast Company

I believe the first test of a truly great man is his humility.
John Ruskin

The Churches must learn humility as well as teach it.
George Bernard Shaw, "St. Joan".

Humility must always be the portion of any man who receives acclaim earned in the blood of his followers and the sacrifices of his friends.
Dwight David Eisenhower, address at Guildhall, London, 7/12/45