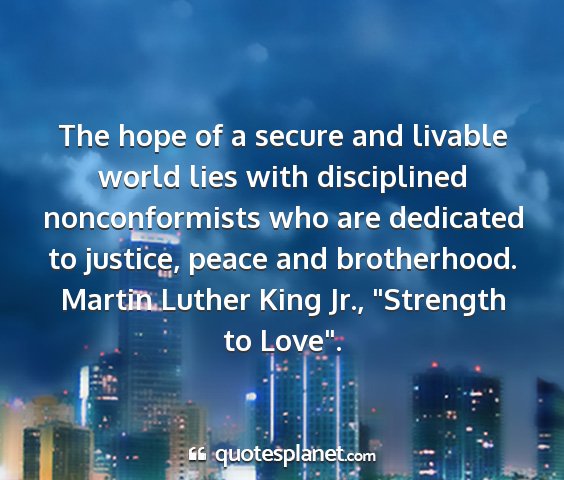 I have a dream that one day... the sons of former slave owners will be able to sit down together at the table of brotherhood.
Martin Luther King, Jr.

The universal brotherhood of man is our most precious possession, what there is of it.
Mark Twain, Following the Equato 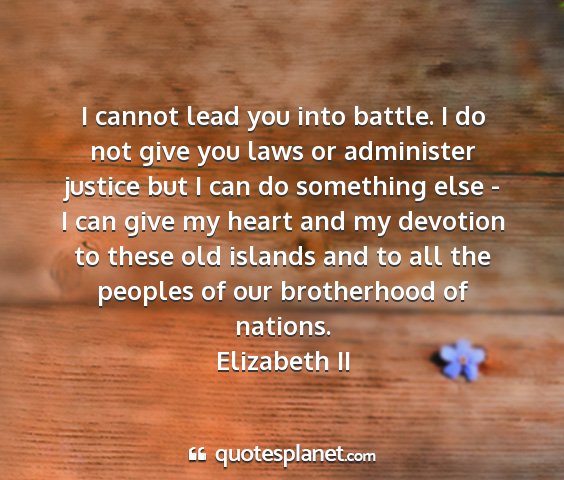 The opportunity for brotherhood presents itself every time you meet a human being.
Jane Wyman

The world is now too small for anything but brotherhood.
Arthur Powell Davies

I believe that if we really want human brotherhood to spread and increase until it makes life safe and sane, we must also be certain that there is no one true faith or path by which it may spread.
Adlai E. Stevenson Jr.

The universal brotherhood of man is our most precious possession.
Mark Twain

As long as there are human beings, there will be the idea of brotherhood - - And an almost total inability to practice it.
Sydney Harris