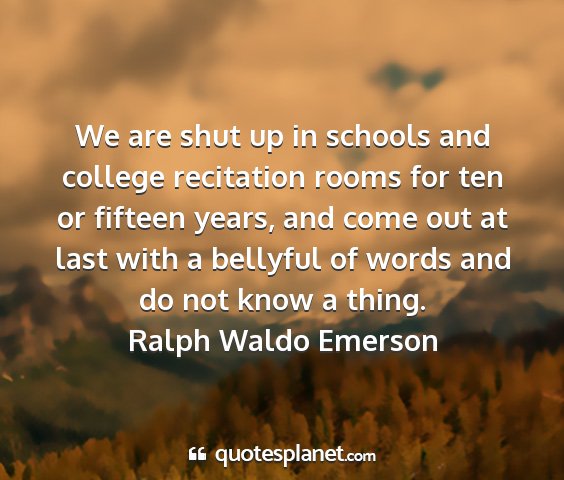 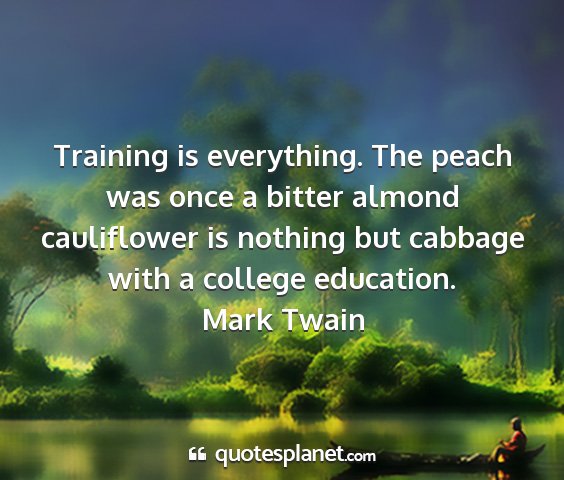 I remember how, in college, I got that part - Time job as a circus clown, and how the children would laugh and laugh at me. I vowed, then and there, that I would get revenge.
Jack Handey Deep Thoughts

Americans are the only people in the world known to me whose status anxiety prompts them to advertise their college and university affiliations in the rear window of their automobiles.
Paul Fussell

Colleges typically did not tell you that ninety percent of your education came after you hung the parchment on the wall. People might ask for a rebate.
Tom Clancy, "The Teeth Of The Tiger" - - Page 180

Education is a private matter between the person and the world of knowledge and experience, and has little to do with school or college.
Lillian Smith

Over the years, we have come to identify quality in a college not by whom it serves but by how many students it excludes. Let us not be a sacred priesthood protecting the temple, but rather the fulfillers of dreams.
Robert J. Kibbee 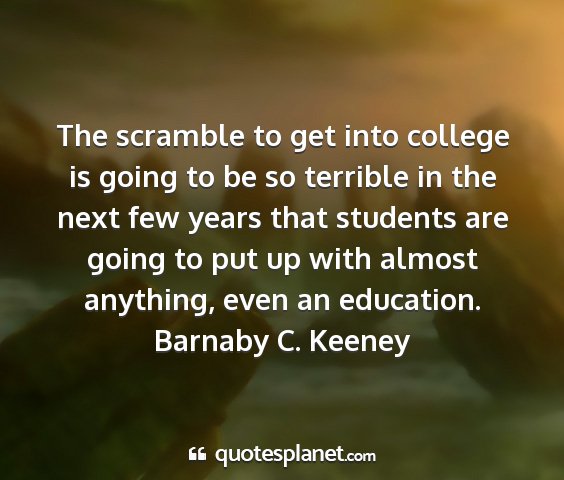 College football would be more interesting if the faculty played instead of the students - There would be a great increase in broken arms, legs and necks.
H. L. Mencken

A college degree is not a sign that one is a finished product but an indication a person is prepared for life.
Reverend Edward A. Malloy

Every man should have a college education in order to show him how little the thing is really worth.
Elbert Hubbard

Colleges are places where pebbles are polished and diamonds are dimmed.
Robert Green Ingersoll

At best, most college presidents are running something that is somewhere between a faltering corporation and a hotel.
Leon Botstein

Some people get an eduction without going to college the rest get it after they get out.
Mark Twain

Hamlet is the tragedy of tackling a family problem too soon after college.
Tom Masson

It is not so important to be serious as it is to be serious about the important things. The monkey wears an expression of seriousness which would do credit to any college student, but the monkey is serious because he itches.
Robert Hutchins

Changing a college curriculum is like moving a graveyard - - You never know how many friends the dead have until you try to move them!
Calvin Coolidge or Woodrow Wilson

I was thrown out of college for cheating on the metaphysics exam I looked into the soul of the boy sitting next to me.
Woody Allen

A college education never hurt anybody who was willing to learn after he got it.
Author Unknown

A university is what a college becomes when the faculty loses interest in students.
John Ciardi

I was thrown out of college for cheating on the metaphysics exam; I looked into the soul of the boy sitting next to me.
Woody Allen

If you want to get laid, go to college. If you want an education, go to a library.
Frank Zappa

The aim of the college, for the individual student, is to eliminate the need in his life for the college the task is to help him become a self - Educating man.
C. Wright Mills

The things taught in colleges and schools are not an education, but the means of education.
Ralph Waldo Emerson

A thorough knowledge of the Bible is worth more than a college education.
Theodore Roosevelt

Cauliflower is nothing but Cabbage with a College Education.
Mark Twain

I was thrown out of college for cheating on the metaphysics exam; I looked into the soul of the boy next to me.
Woody Allen, Annie Hall

I was resolved to sustain and preserve in my college the bite of the mind, the chance to stand face to face with truth, the good life lived in a small, various, highly articulate and democratic society.
Virginia Crocheron Gildersleeve

We are students of words; we are shut up in schools, and colleges, and recitation rooms, for ten or fifteen years, and come out at last with a bag of wind, a memory of words, and do not know a thing.
Ralph Waldo Emerson

All schools, all colleges have two great functions to confer, and to conceal valuable knowledge. - Notebook, 1908.
Mark Twain

We are students of words: we are shut up in schools, and colleges, and recitation - Rooms, for ten or fifteen years, and come out at last with a bag of wind, a memory of words, and do not know a thing.
Ralph Waldo Emerson