Dancing The Highest Intelligence in the Freest Body.
Isadora Duncan 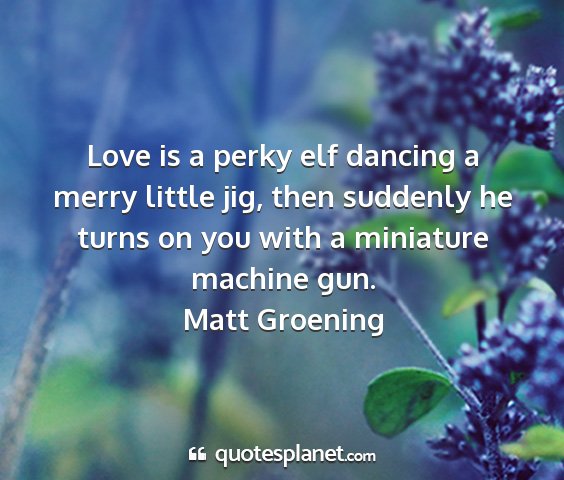 Angels dancing on the head of a pin dissolve into nothingness at the bedside of a dying child.
Waiter Rant, Waiter Rant weblog, 06 - 21 - 05

Dancing is a contact sport. Football is a hitting sport.
Vince Lombardi, Lombardi Winning is the only thing (by Jerry Kramer)

One must still have chaos in oneself to give birth to a dancing star.
Friedrich Nietzsche, Thus Spoke Zarathustra 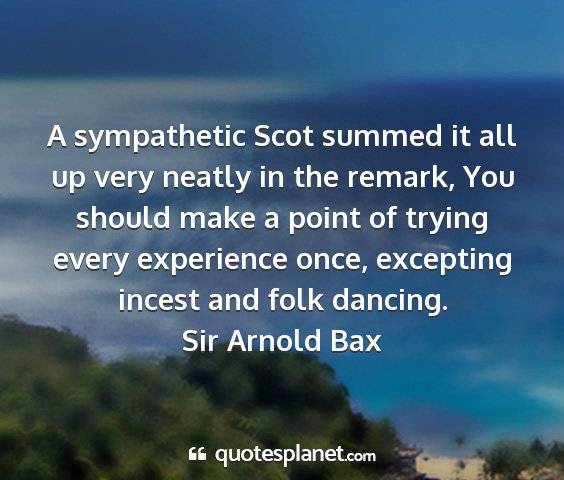 Dancing is a vertical expression of a horizontal desire.
Robert Frost 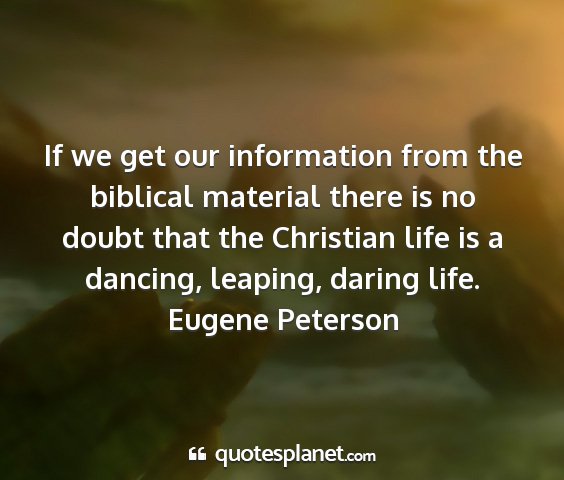 Try everything once except incest and folk dancing.
Sir Thomas Beecham

Human speech is a cracked cauldron on which we knock out tunes for dancing bears, when we wish to conjure pity from the stars.
Gustave Flaubert, "Madame Bovary".

Love is a perky elf dancing a merry little jig, and then suddenly he turns on you with a miniature machine gun.
Matt Groening

The art of living is more like that of wrestling than of dancing the main thing is to stand firm and be ready for an unseen attack.
Marcus Aelius Aurelius

Dancing is the loftiest, the most moving, the most beautiful of the arts, because it is no mere translation or abstraction from life, it is life itself.
Henry Havelock Ellis

It is difficult to produce a television documentary that is both incisive and probing when every twelve minutes one is interrupted by twelve dancing rabbits singing about toilet paper.
Rod Serling

Be fully in the moment, open yourself to the powerful energies dancing around you.
Ernest Hemingway

You need chaos in your soul to give birth to a dancing star.
Friedrich Wilhelm Nietzsche

A woodland in full color is awesome as a forest fire, in magnitude at least, but a single tree is like a dancing tongue of flame to warm the heart.
Hal Borland

A sympathetic Scot summed it all up very neatly in the remark, You should make a point of trying every experience once, excepting incest and folk dancing.
Sir Arnold Bax

The art of living is more like wrestling than dancing, in so far as it stands ready against the accidental and the unforeseen, and is not apt to fall.
Marcus Aurelius Antoninus