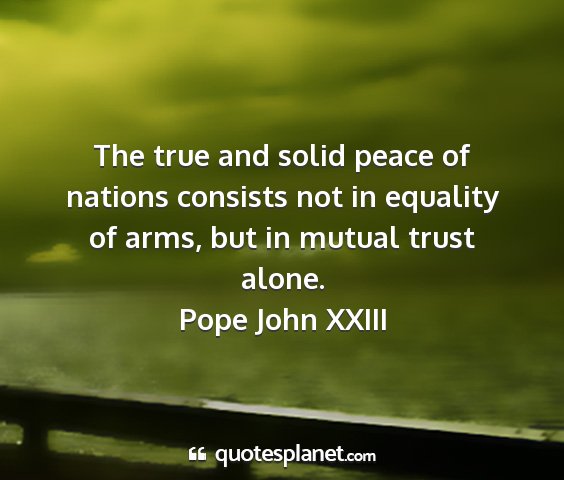 If the objects who serve us feel ecstacy, they are much more often concerned with themselves than with us, and our own enjoyment is consequently impaired. The idea of seeing another person experience the same pleasure reduces one to a kind of equality which spoils the unutterable charms that come from despotism.
Marquis de Sade

It is not true that equality is a law of nature. Nature has no equality. Its soverign law is subordination and dependence.
Marquis de Vauvenargues 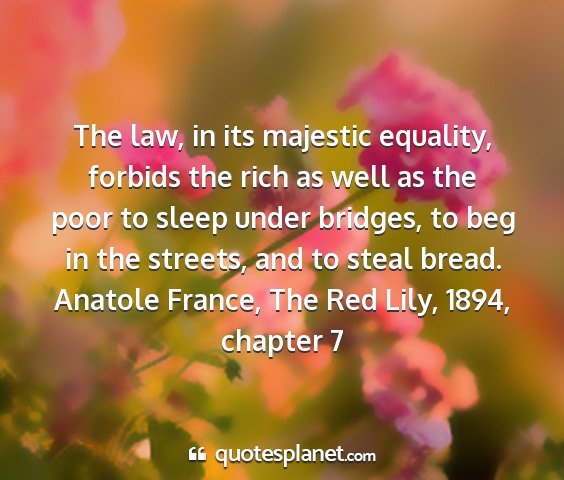 The cry of equality pulls everyone down.
Iris Murdoch 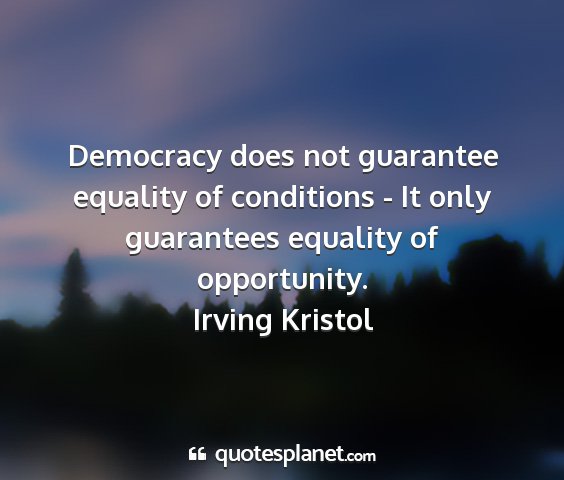 Popular Christianity has for its emblem a gibbet, for its chief sensation a sanginary execution after torture, for its central mystery is an insane vengeance bought off by a trumpery expiation. But there is a nobler and profounder Christianity which affirms the sacred mystery of equality and forbids the glaring futility and folly of vengeance.
George Bernard Shaw

Equality... is the result of human organization. We are not born equal.
Hannah Arendt

Equality may perhaps be a right, but no power on earth can ever turn it into a fact.
Honore de Balzac

All this talk about equality. The only thing people really have in common is that they are all going to die.
Bob Dylan

The love of democracy is that of equality.
Charles de Montesquieu

A society that puts equality... ahead of freedom will end up with neither.
Milton Friedman

If liberty and equality, as is thought by some are chiefly to be found in democracy, they will be best attained when all persons alike share in the government to the utmost.
Aristotle, Politics

Liberty, equality - Bad principles The only true principle for humanity is justice and justice to the feeble is protection and kindness.
Henri Frdric Amiel

I believe in equality for everyone, except reporters and photographers.
Mahatma Gandhi

Englishmen hate Liberty and Equality too much to understand them. But every Englishman loves a pedigree.
George Bernard Shaw

Only now did I become throughly acquainted with the seducer of our people. It is not the inequality which is the real misfortune, it is the dependance.
Francois Marie Arouet Voltaire

Long ago we stated the reason for labour organizations. We said that union was essential to give labourers opportunity to deal on an equality with their employers.
US Supreme Court