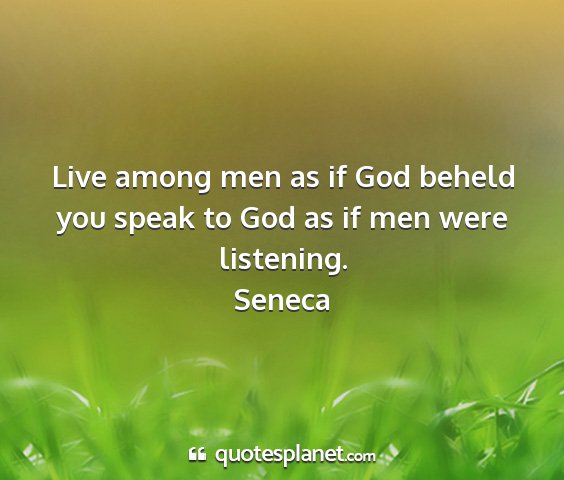 What this country needs is more free speech worth listening to.
Hansell B. Duckett

We must stop talking about the American dream and start listening to the dreams of Americans.
Reubin Askew

Listening is a magnetic and strange thing, a creative force. The friends who listen to us are the ones we move toward. When we are listened to, it creates us, makes us unfold and expand.
Karl Menninge 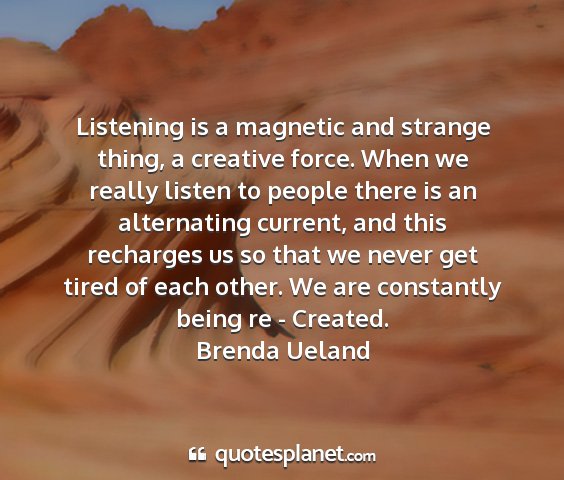 Difficult as it is really to listen to someone in affliction, it is just as difficult for him to know that compassion is listening to him.
Simone Weil

My personal hobbies are reading, listening to music, and silence.
Edith Sitwell

I like to listen. I have learned a great deal from listening carefully. Most people never listen.
Ernest Hemingway

No one is listening until you make a mistake.
Anon.

There was a definite process by which one made people into friends, and it involved talking to them and listening to them for hours at a time.
Rebecca West

Make sure you have finished speaking before your audience has finished listening.
Dorothy Sarnoff

Live among men as if God beheld you; speak to God as if men were listening.
Seneca, Epistles

Opportunities are often missed because we are broadcasting when we should be listening.
Author Unknown

Listening, not imitation, may be the sincerest form of flattery.
Dr. Joyce Brothers

The art of conversation consist as much in listening politely, as in talking agreeably.
Atwell

Listening is a form of accepting.
Stella Terrill Mann

Too often we underestimate the power of a touch, a smile, a kind word, a listening ear, an honest compliment, or the smallest act of caring, all of which have the potential to turn a life around.
Leo Buscaglia

One of the surest evidences of friendship that one individual can display to another is telling him gently of a fault. If any other can excel it, it is listening to such a disclosure with gratitude, and amending the error.
Edward George Earle Lytton Bulwer - Lytton

There are some experiences in life which should not be demanded twice from any man, and one of them is listening to the Brahms Requiem.
George Bernard Shaw

Anger is a signal, and one worth listening to.
Harriet Lerner, The Dance of Anger, 1985

Children have never been very good at listening to their elders, but they have never failed to imitate them.
James Arthur Baldwin