In the Norse mythology Loki originally... 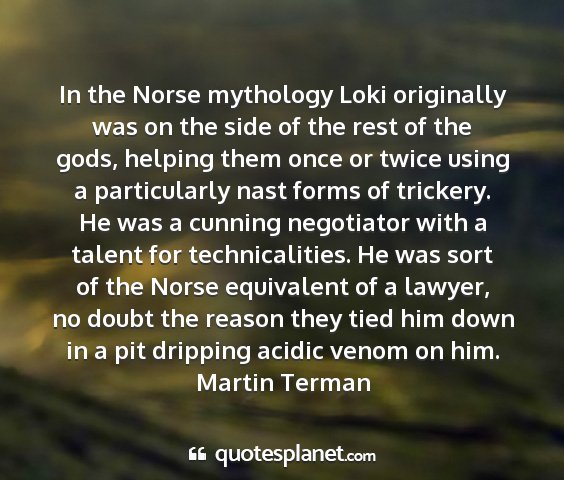