No man of genuinely superior... 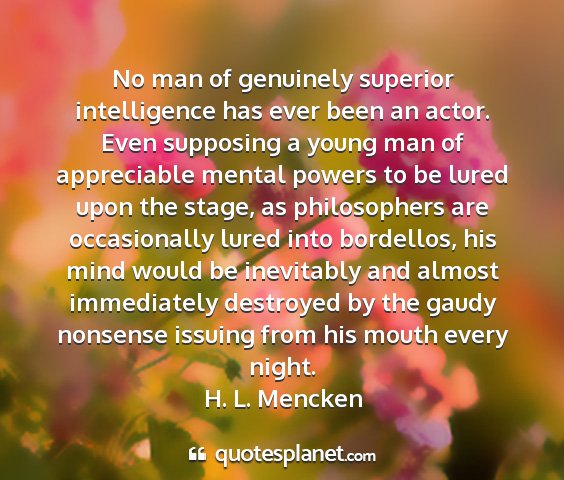