It is entirely seemly for a young man... 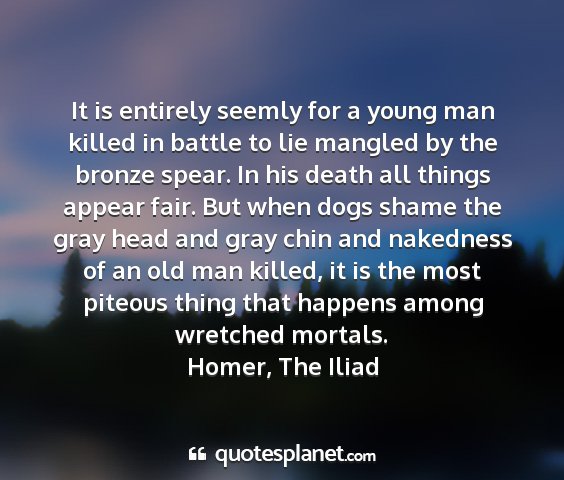