Liberty is to faction, what air is to... 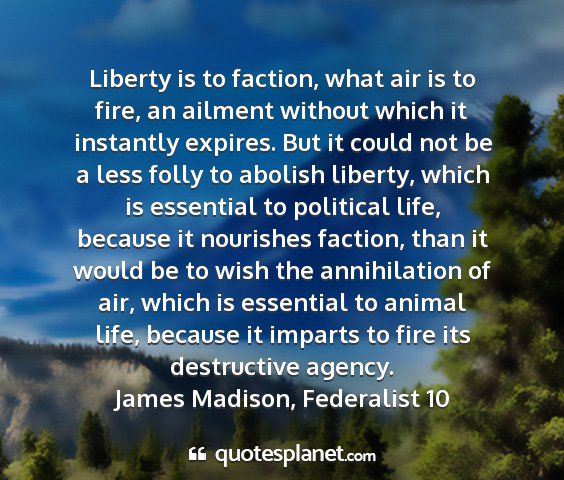