My father always told me that all... 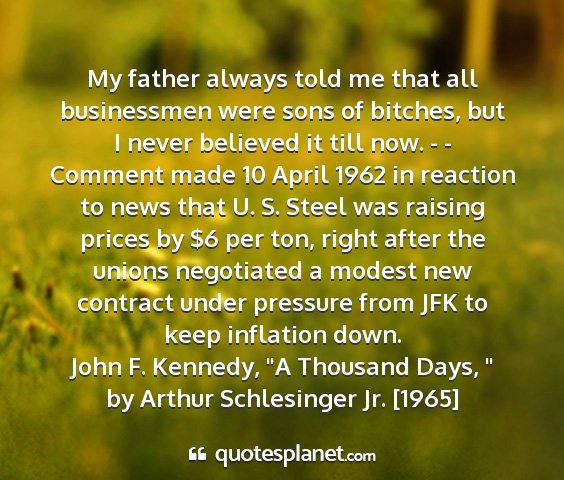 My father always told me that all businessmen were sons of bitches, but I never believed it till now. - - Comment made 10 April 1962 in reaction to news that U. S. Steel was raising prices by $6 per ton, right after the unions negotiated a modest new contract under pressure from JFK to keep inflation down.
John F. Kennedy, "A Thousand Days, " by Arthur Schlesinger Jr. [1965]