The assumed instinctive belief in God... 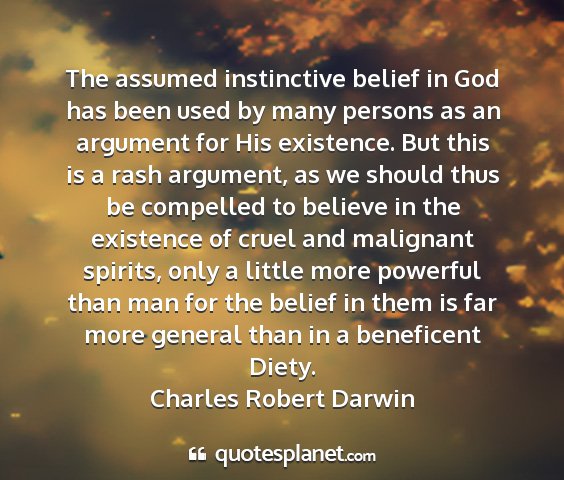