The strongest and most effective force... 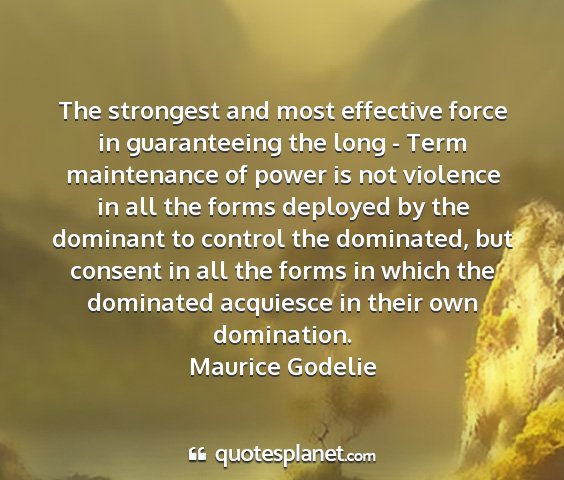