There are now two great nations in the... 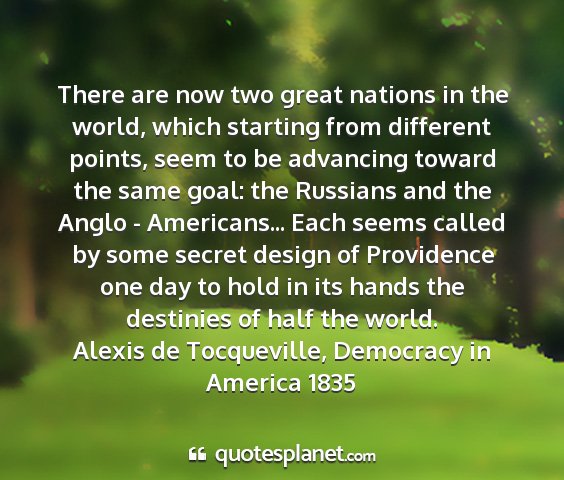 There are now two great nations in the world, which starting from different points, seem to be advancing toward the same goal: the Russians and the Anglo - Americans... Each seems called by some secret design of Providence one day to hold in its hands the destinies of half the world.
Alexis de Tocqueville, Democracy in America 1835