There is a greater darkness than the... 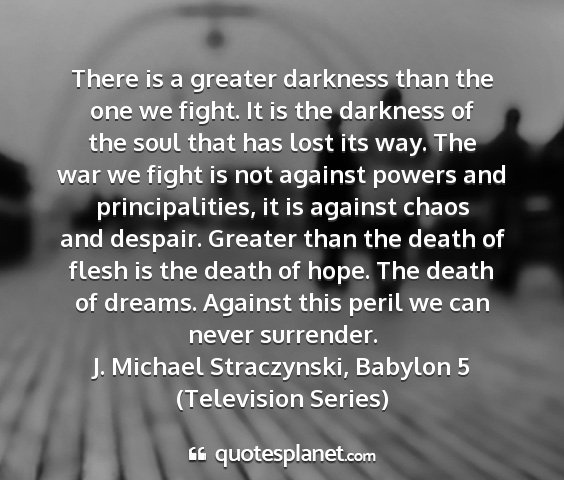 There is a greater darkness than the one we fight. It is the darkness of the soul that has lost its way. The war we fight is not against powers and principalities, it is against chaos and despair. Greater than the death of flesh is the death of hope. The death of dreams. Against this peril we can never surrender.
J. Michael Straczynski, Babylon 5 (Television Series)