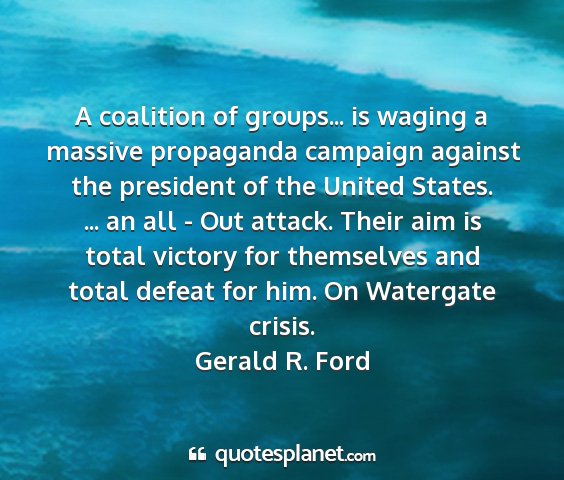 A coalition of groups... is waging a massive propaganda campaign against the president of the United States. ... an all - Out attack. Their aim is total victory for themselves and total defeat for him. On Watergate crisis.
Gerald R. Ford