As for the pyramids, there is nothing... 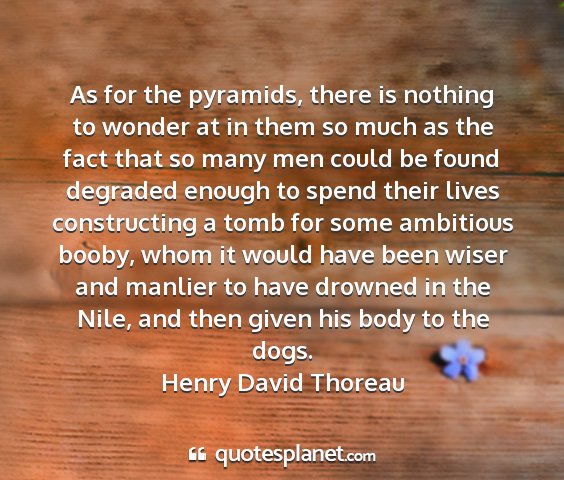 As for the pyramids, there is nothing to wonder at in them so much as the fact that so many men could be found degraded enough to spend their lives constructing a tomb for some ambitious booby, whom it would have been wiser and manlier to have drowned in the Nile, and then given his body to the dogs.
Henry David Thoreau