His mother called such people ignorant... 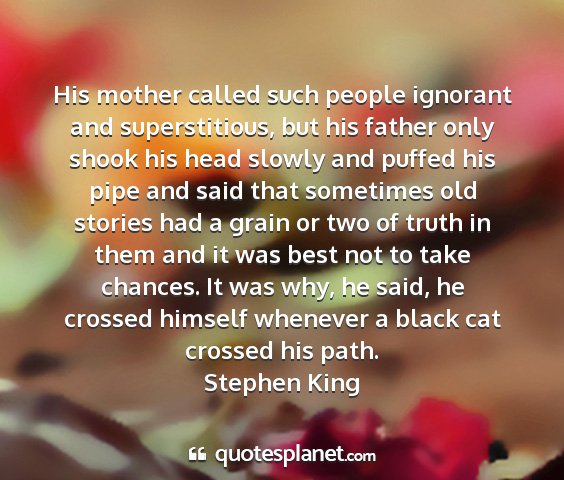 His mother called such people ignorant and superstitious, but his father only shook his head slowly and puffed his pipe and said that sometimes old stories had a grain or two of truth in them and it was best not to take chances. It was why, he said, he crossed himself whenever a black cat crossed his path.
Stephen King