I believe that whoever tries to think... 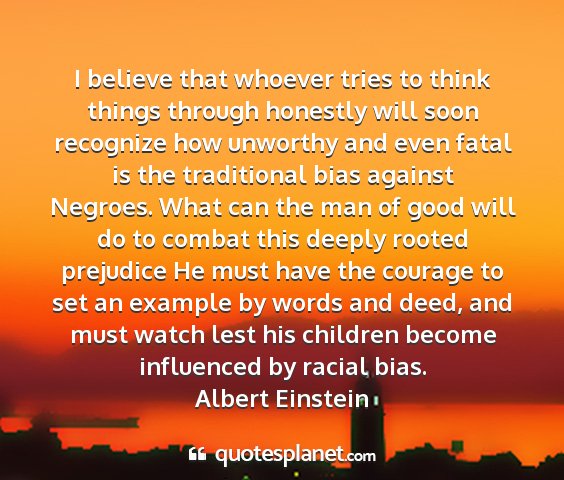