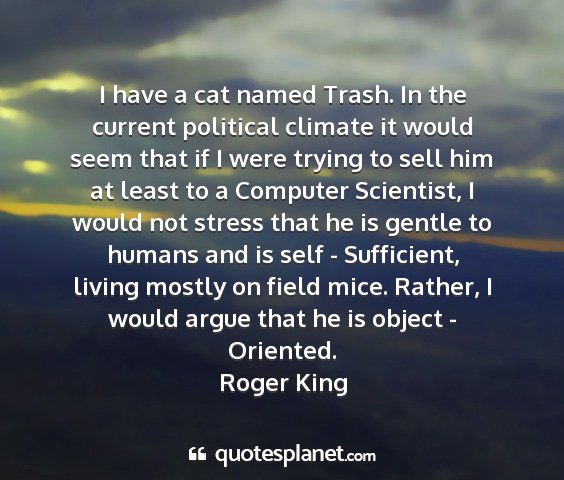 I have a cat named Trash. In the current political climate it would seem that if I were trying to sell him at least to a Computer Scientist, I would not stress that he is gentle to humans and is self - Sufficient, living mostly on field mice. Rather, I would argue that he is object - Oriented.
Roger King