In the depths of winter I finally learned there was in me an invincible summer.
Albert Camus

Summertime, and the living is easy.
George Gershwin, Porgy and Bess

In the midst of winter, I finally learned that there was in me an invincible summer.
Albert Camus 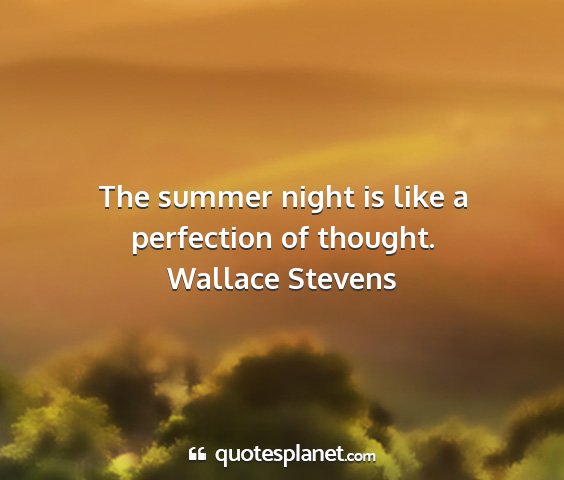 The tendinous part of the mind, so to speak, is more developed in winter the fleshy, in summer. I should say winter had given the bone and sinew to literature, summer the tissues and the blood.
John Burroughs 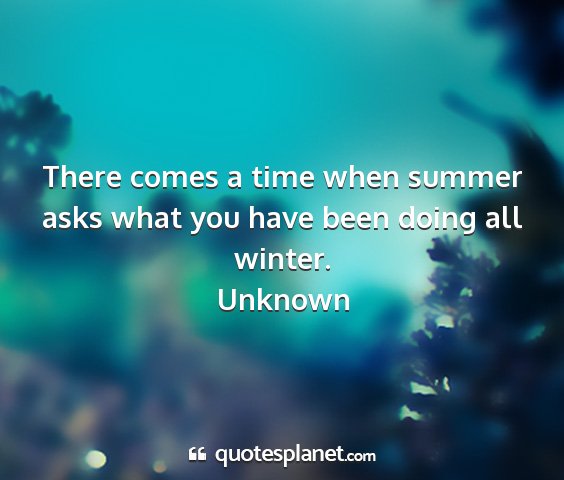 September tries its best to have us forget summer.
Bern Williams

Our fear of death is like our fear that summer will be short, but when we have had our swing of pleasure, our fill of fruit, and our swelter of heat, we say we have had our day.
John Donne

When you have once seen the glow of happiness on the face of a beloved person, you know that a man can have no vocation but to awaken that light on the faces surrounding him. In the depth of winter, I finally learned that within me there lay an invincible summer.
Albert Camus

Ah, summer, what power you have to make us suffer and like it.
Russell Bake

This quote reminds me to enjoy each moment of the summer Steep thyself in a bowl of summertime.
Virgil

Long stormy spring - Time, wet contentious April, winter chilling the lap of very May but at length the season of summer does come.
Thomas Carlyle 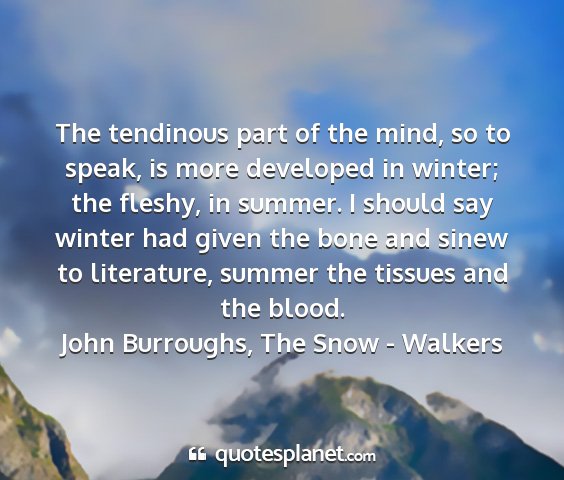 One swallow does not make a summer.
Aristotle, Nichomachean Ethics

In the depth of winter, I learned that within me there lay an invincible summer.
Albert Camus

Every man, wherever he goes, is encompassed by a cloud of comforting convictions, which move with him like flies on a summer day.
Bertrand Russell, Sceptical Essays (1928), "Dreams and Facts".

Spring is the time of the year, when it is summer in the sun and winter in the shade.
Charles Dickens, Great expectations

The coldest winter I ever spent was a summer in San Francisco.
Mark Twain

There shall be eternal summer in the grateful heart.
Celia Thaxte

In summer, the song sings itself.
William Carlos Williams

In the depth of winter, I finally learned that within me there lay an invincible summer.
Albert Camus

We all learn by experience but some of us have to go to summer school.
Peter De Vries

I had that familiar conviction that life was beginning over again with the summer.
F. Scott Fitzgerald, The Great Gatsby