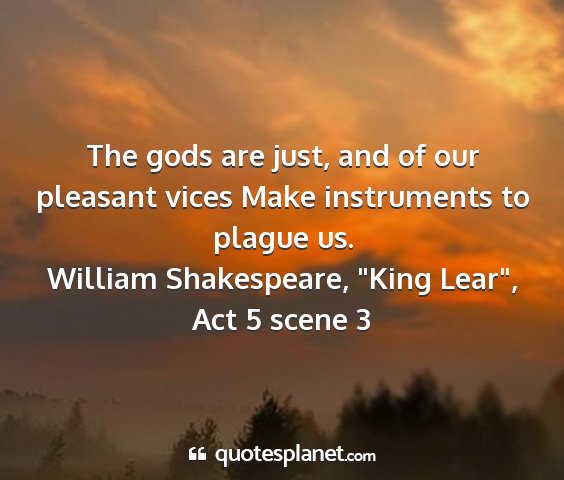 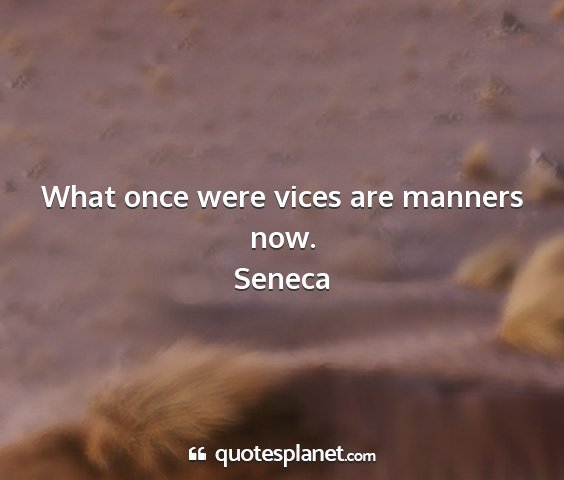 Search others for their virtues, thyself for thy vices.
Benjamin Franklin

Disobedience, the rarest and most courageous of the virtues, is seldom distinguished from neglect, the laziest and commonest of the vices.
George Bernard Shaw

Doctors are not servants of their patients, they are traders like everyone else in a free society and they should bear that title proudly considering the crucial importance of the services they offer.
Ayn Rand

Among the virtues and vices that make up the British character, we have one vice, at least, that Americans ought to view with sympathy. For they appear to be the only people who share it with us. I mean our worship of the antique. I do not refer to beauty or even historical association. I refer to age, to a quantity of years.
William Golding

Be silent as to services you have rendered, but speak of favours you have received.
Seneca

He has all the virtues I dislike and none of the vices I admire.
Sir Winston Churchill

Nothing is as certain as that the vices of leisure are gotten rid of by being busy.
Seneca, Moral Letters to Lucilius, 64 A. D. 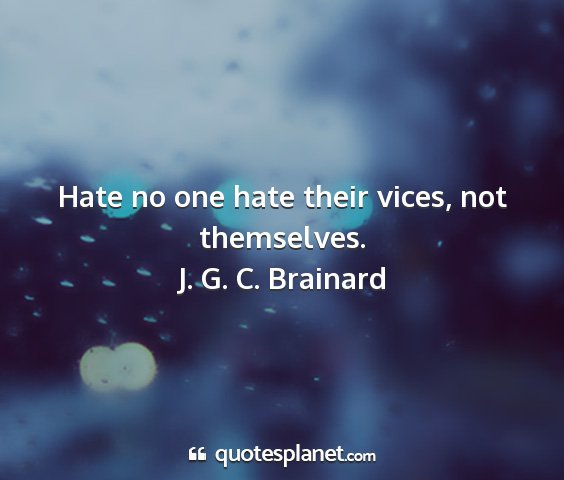 We make ourselves a ladder out of our vices if we trample the vices themselves underfoot.
Saint Augustine

Great services are not canceled by one act or by one single error.
Benjamin Disraeli

It is a great thing to know our vices.
Cicero

It is the youth who sees a great opportunity hidden in just these simple services, who sees a very uncommon situation, a humble position, who gets on in the world.
Orison Swett Marden

Blessed are they who heal you of self - Despisings. Of all services which can be done to man, I know of none more precious.
William Hale White

It has been my experience that folks who have no vices have very few virtues.
Abraham Lincoln

Josh Billings said, It is not only the most difficult thing to know oneself, but the most inconvenient one, too. Human beings have always employed an enormous variety of clever devices for running away from themselves, and the modern world is particularly rich in such stratagems.
John W. Gardne

A sign of celebrity is that his name is often worth more than his services.
Daniel J. Boorstin

A sign of a celebrity is that his name is often worth more than his services.
Daniel J. Boorstin

The gods are just, and of our pleasant vices Make instruments to plague us.
William Shakespeare

All the problems of the world could be settled if people were only willing to think. The trouble is that people very often resort to all sorts of devices in order not to think, because thinking is such hard work.
Thomas J. Watson