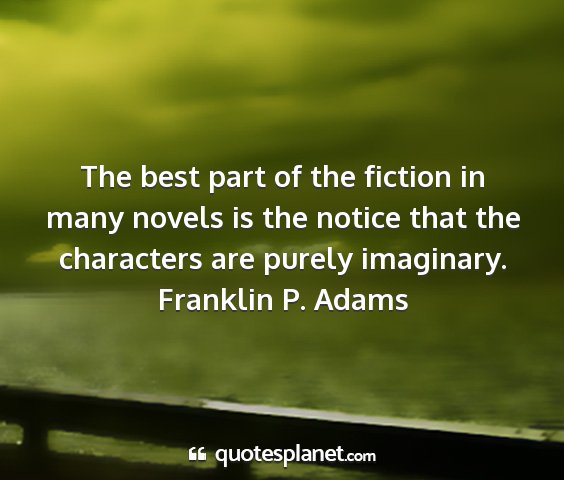 One can acquire everything in solitude, except character.
Marie Stendhal

Life is a series of experiences, each one of which makes us bigger, even though it is hard to realize this. For the world was built to develop character, and we must learn that the setbacks and griefs which we endure help us in our marching onward.
Henry Ford

Character is higher than intellect... A great soul will be strong to live, as well as to think.
Ralph Waldo Emerson

A man of character in peace is a man of courage in war.
Sir James Glove 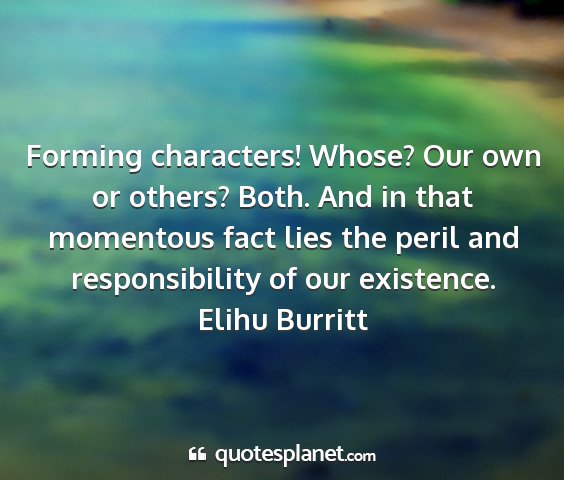 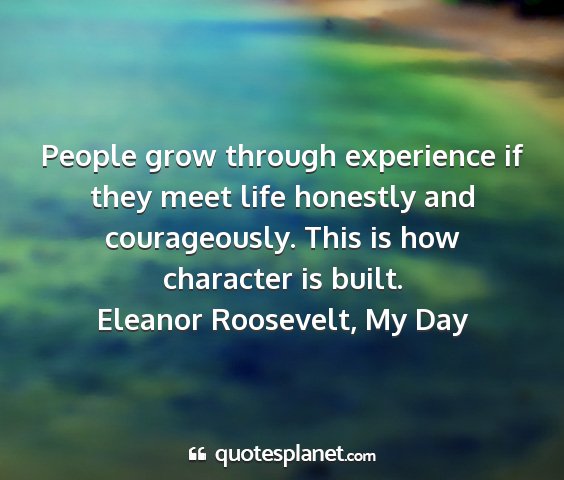 Ability may get you to the top, but it takes character to keep you there.
John Wooden

The farther behind I leave the past, the closer I am to forging my own character.
Isabelle Eberhardt

What makes a good follower The single most important characteristic may well be a willingness to tell the truth. In a world of growing complexity leaders are increasingly dependent on their subordinates for good information, whether the leaders want to hear it or not. Followers who tell the truth and leaders who listen to it are an unbeatable combination.
Warren Bennis

You cannot dream yourself into a character; you must hammer and forge yourself one.
James A. Froude

We are a kind of Chameleons, taking our hue - The hue of our moral character, from those who are about us.
John Locke

Underneath this flabby exterior is an enormous lack of character.
Oscar Levant

One can acquire everything in solitude - Except character.
Marie Henri Beyle

Such as are your habitual thoughts, such also will be the character of your mind for the soul is dyed by the thoughts.
Marcus Aurelius Antoninus

Character is what you are when no one is looking.
Unknown

In men of the highest character and noblest genius there is to be found an insatiable desire for honour, command, power, and glory.
Cicero

Curiosity is one of the permanent and certain characteristics of a vigorous mind.
Samuel Johnson

Do what you know and perception is converted into character.
Ralph Waldo Emerson

You have all the characteristics of a popular politician: a horrible voice, bad breeding, and a vulgar manner.
Aristophanes, Knights, 424 B. C.

The degradation which characterizes the state into which you plunge him by punishing him pleases, amuses, and delights him. Deep down he enjoys having gone so far as to deserve being treated in such a way.
Marquis de Sade

You can tell the character of every man when you see how he receives praise.
Seneca, Epistles

The character of a man is known from his conversations.
Menande