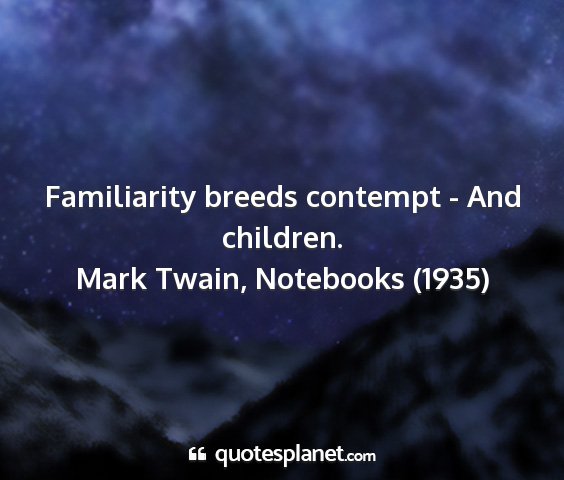 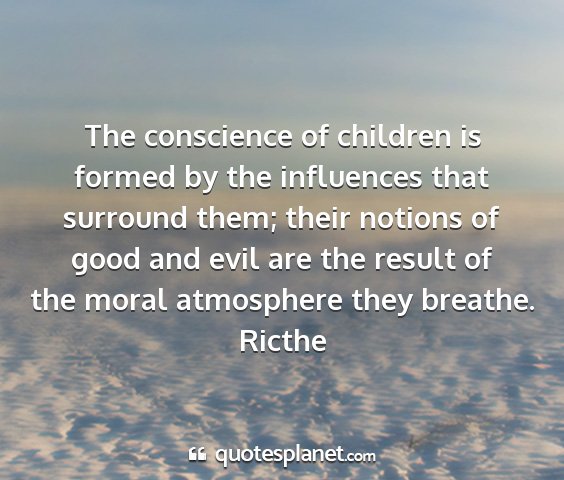 We find delight in the beauty and happiness of children that makes the heart too big for the body.
Ralph Waldo Emerson

Start a program for gifted children, and every parent demands that his child be enrolled.
Thomas Andrew Bailey

Adults find pleasure in deceiving a child. They consider it necessary, but they also enjoy it. The children very quickly figure it out and then practice deception themselves.
Elias Canetti

Most American children suffer too much mother and too little father.
Gloria Steinem

My father never raised his hand to any one of his children, except in self - Defense.
Fred Allen

If men do not keep on speaking terms with children, they cease to be men, and become merely machines for eating and earning money.
John Updike

Cherish your visions and your dreams as they are the children of your soul the blue prints of your ultimate accomplishments.
Napolean Hill

I married the first man I ever kissed. When I tell my children that, they just about throw up.
Barbara Bush

Give me the children until they are seven and anyone may have them afterwards.
St. Francis Xavie

Your grandchildren will likely find it incredible - Or even sinful - That you burned up a gallon of gasoline to fetch a pack of cigarettes.
Dr. Paul MacCready, Jr.

He lives not long who battles with the immortals, nor do his children prattle about his knees when he has come back from battle and the dread fray.
Homer, The Iliad

Contemporary American children, if they are old enough to grasp the concept of Santa Claus by Thanksgiving, are able to see through it by December 15th.
Roy Blount Jr.

The only reason I always try to meet and know the parents better is because it helps me to forgive their children.
Louis Johannot

We must never allow the future to be weighed down by memory. For children have no past, and that is the whole secret of the magical innocence of their smiles.
Milan Kundera, The Book of Laughter and Forgetting

Difficulty, my brethren, is the nurse of greatness - A harsh nurse, who roughly rocks her foster - Children into strength and athletic proportion.
William Cullen Bryant

The English have no respect for their language, and will not teach their children to speak it.
George Bernard Shaw, Pygmalion (1916) preface

We would have broken up except for the children. Who were the children? Well, she and I were.
Mort Sahl

Children have more need of models than of critics.
Joseph Joubert

For all their strength, men were sometimes like little children.
Lawana Blackwell, The Dowry of Miss Lydia Clark, 1999