I know not what course others may take, but as for me, give me liberty or give me death!
Patrick Henry, Meeting of the First Continental Congress in 1774 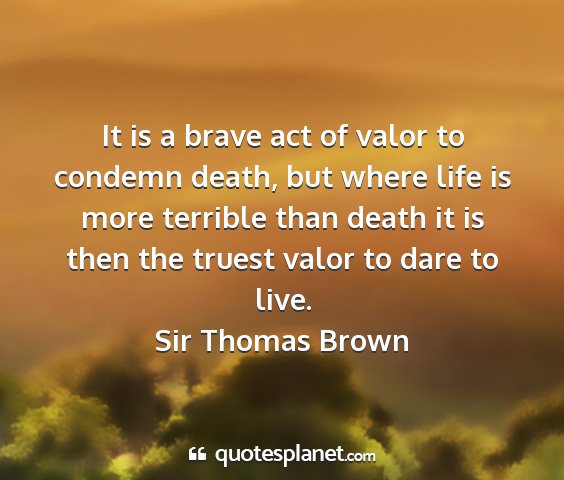 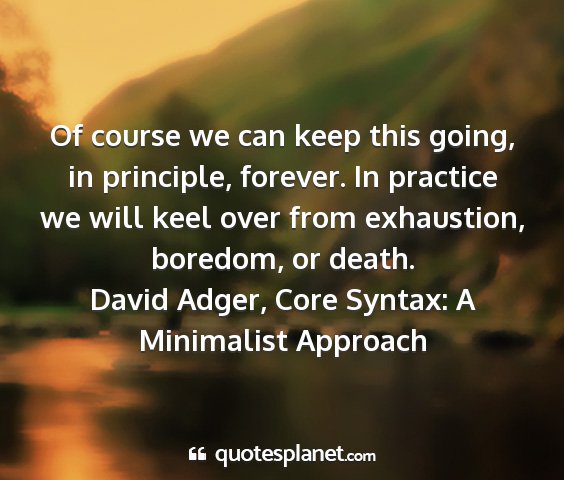 I agree with everything you say, but I would attack to the death your right to say it.
Tom Stoppard

Personally, I would be delighted if there were a life after death, especially if it permitted me to continue to learn about this world and others, if it gave me a chance to discover how history turns out.
Carl Sagan

Duty is heavier than a mountain, death lighter than a feather.
Jordan, Robert

The prejudice surrounding AIDS exacts a social death which precedes the actual physical one.
Tom Hanks

Because I could not stop for Death - - He kindly stopped for me - - The carriage held but just ourselvesAnd immortality.
Emily Dickinson

Death is a friend of ours and he that is not ready to entertain him is not at home.
Francis Bacon

California is the only state in the union where you can fall asleep under a rose bush in full bloom and freeze to death.
William Claude Dunkenfield (W. C. Fields) 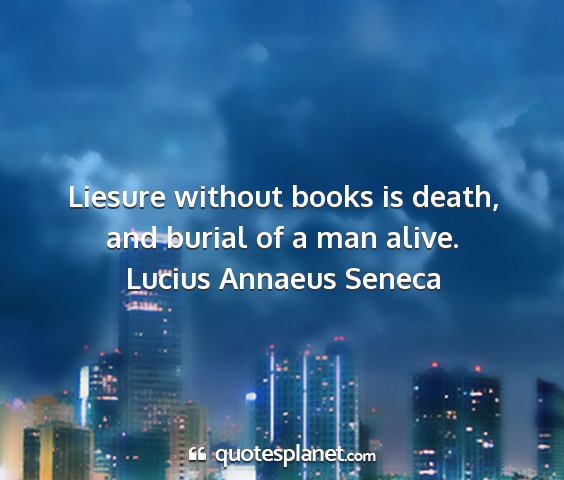 I have harnessed the shadows that stride from world to world to sow death and madness...
HP Lovecraft, From Beyond

Is there life before death?
Graffito, in Belfast

To judge the real importance of an individual, we should think of the effect his death would produce.
Peter de Gaston Levis

There is no cure for birth and death save to enjoy the interval.
George Santayana

Death is as light as a feather; duty as heavy as a mountain.
Robert Jordan, The Wheel of Time

Death is nothing to us, since when we are, death has not come, and when death has come, we are not.
Epicurus, from Diogenes Laertius, Lives of Eminent Philosophers

Do the thing you fear most and the death of fear is certain.
Mark Twain

I would fain die a dry death.
William Shakespeare, "The Tempest", Act 1 scene 1

Security is a kind of death.
Tennessee Williams

Must not all things at the last be swallowed up in death.
Plato

To be idle is a short road to death and to be diligent is a way of life foolish people are idle, wise people are diligent.
Buddha

We seem to believe it is possible to ward off death by following rules of good grooming.
Don Delillo

Death is better, a milder fate than tyranny.
Aeschylus, Agamemnon

There is neither happiness nor unhappiness in this world; there is only the comparison of one state with another. Only a man who has felt ultimate despair is capable of feeling ultimate bliss. It is necessary to have wished for death in order to know how good life is to live.
Alexandre Dumas, The Count of Monte Cristo

Our fear of death is like our fear that summer will be short, but when we have had our swing of pleasure, our fill of fruit, and our swelter of heat, we say we have had our day.
John Donne

I meant to write about death, only life came breaking in as usual.
Virginia Woolf, Diary, 17 February 1922

Everything is changeable, everything appears and disappears there is no blissful peace until one passes beyond the agony of life and death.
Buddha