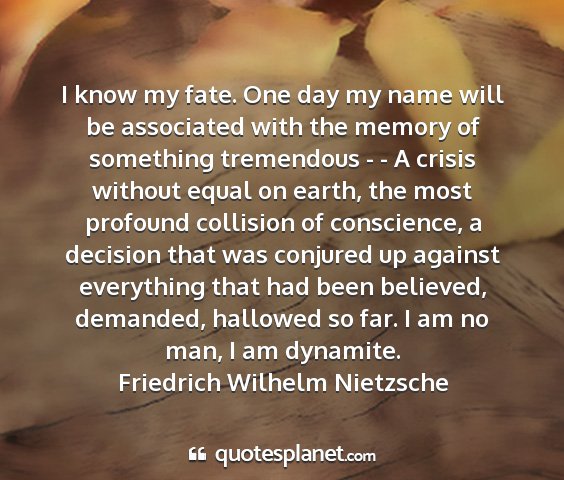 There is no fate that cannot be surmounted by scorn.
Albert Camus

What a man thinks of himself that is what determines, or rather indicates his fate.
Henry David Thoreau 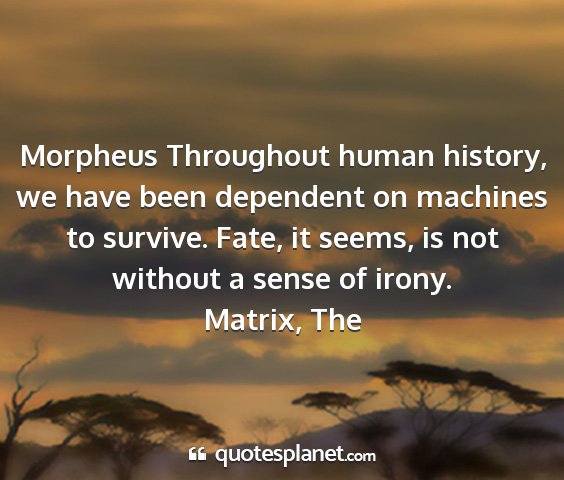 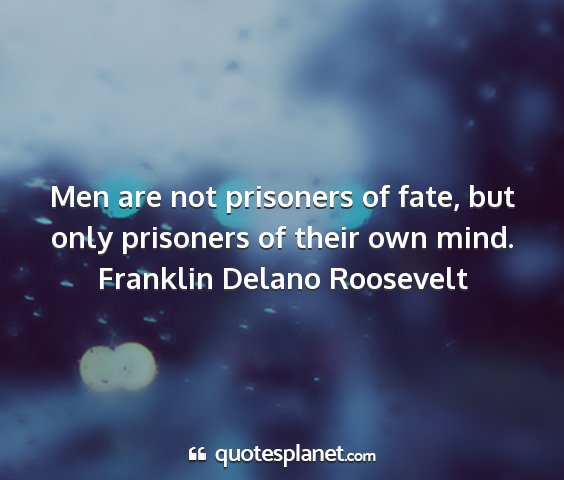 I have found power in the mysteries of thought, exaltation in the changing of the Muses I have been versed in the reasonings of men but Fate is stronger than anything I have known.
Euripides

It matters not how strait the gate, How charged with punishments the scroll, I am the master of my fate: I am the captain of my soul.
William Ernest Henley, From the poem "Invictus".

If fate means you to lose, give him a good fight anyhow.
William McFee

Drop the question what tomorrow may bring, and count as profit every day that fate allows you.
Horace

Accept the things to which fate binds you, and love the people with whom fate brings you together, but do so with all your heart.
Marcus Aelius Aurelius

Everything in nature is lyrical in its ideal essence, tragic in its fate, and comic in its existence.
George Santayana

You were a stranger to sorrow therefore Fate has cursed you.
Euripides

It is to be remarked that a good many people are born curiously unfitted for the fate waiting them on this earth.
Joseph Conrad

It is the customary fate of new truths to begin as heresies and to end as superstitions.
Aldous Huxley

To punish me for my contempt for authority, fate made me an authority myself.
Albert Einstein