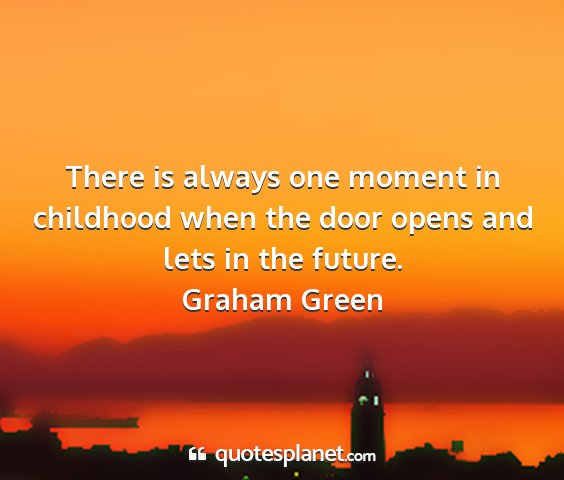 Heal the past, Live the present, Dream the future.
Unknown

The future is no place to place your better days.
Dave Matthews, "Cry Freedom".

Prediction is very difficult, especially about the future.
Niels Boh

The future depends on what we do in the present.
Mahatma Gandhi

One day at a time - This is enough. Do not look back and grieve over the past, for it is gone; and do not be troubled about the future, for it has not yet come. Live in the present, and make it so beautiful that it will be worth remembering.
Ida Scott Taylor.

Andrew is the operating system of the future and always will be.
Mary R. Thompson

Life is a series of collisions with the future it is not the sum of what we have been, but what we yearn to be.
Jose Ortega y Gasset

You can never plan the future by the past.
Edmund Burke

Only the flexibly creative person can really manage the future, Only the one who can face novelty with confidence and without fear.
Abraham Maslow

We have no right to assume that any physical laws exist, or if they have existed up until now, that they will continue to exist in a similar manner in the future.
Max Karl Ernst Ludwig Planck

My past is my wisdom to use today... my future is my wisdom yet to experience. Be in the present because that is where life resides.
Gene Oliver, Life and the Artistry of Change

Every small, positive change we make in ourselves repays us in confidence in the future.
Alice Walke

Only a fool walks backwards into the future.
Terry Goodkind