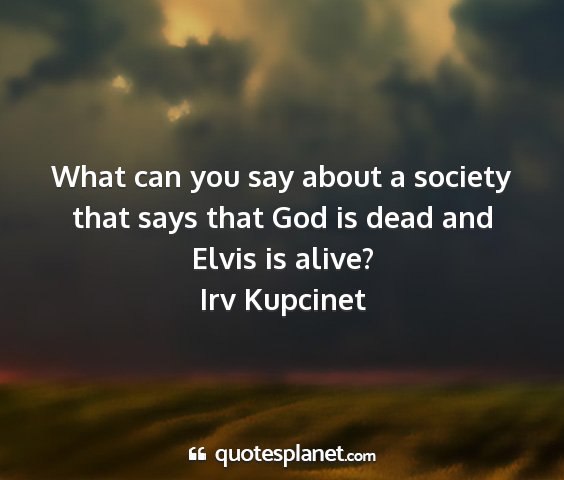 If theres one thing I know its God does love a good joke.
Hugh Elliott

History has proven, God has never given anyone a dream Without also including the power to achieve that dream It is up to us to claim the power and go after that dream, Or just claim, it was only a dream.
Unknown

After all, he thought he was God.
FBI agent on why it was difficult to negotiate with David Koresh 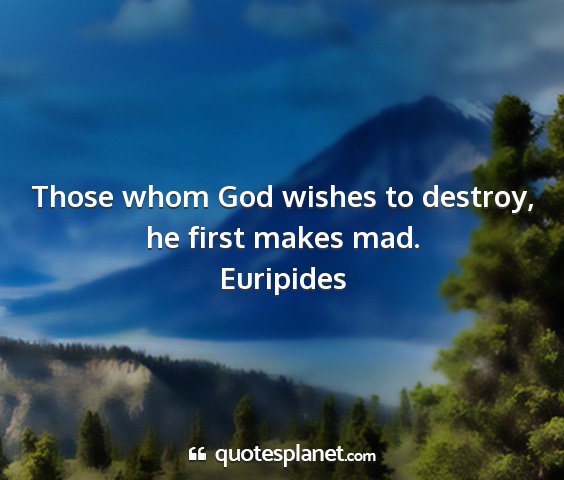 I talk to God, but the sky is empty.
Sylvia Plath

Love is a flame that burns in heaven, And whose soft reflections radiate to us. Two worlds are opened, two lives given to it. It is by love tht we double our being It is by love that we approach God.
Aimee Martin

Knowledge and personality make doubt possible, but knowledge is also the cure of doubt; and when we get a full and adequate sense of personality we are lifted into a region where doubt is almost impossible, for no man can know himself as he is, and all fullness of his nature, without also knowing God.
T. T. Munge

It does me no injury for my neighbor to say there are twenty gods or no god. It neither picks my pocket, nor breaks my leg.
Thomas Jefferson

God is not in need of anything, but all things are in need of him.
Marcus Aristides

Be not too hasty either with praise or blame; speak always as though you were giving evidence before the judgement - Seat of the Gods.
Seneca

You must live with people to know their problems, and live with God in order to solve them.
P. T. Forsyth

The gods too are fond of a joke.
Aristotle

With stupidity the gods themselves contend in vain.
Friedrich von Schille

Art is a collarboration between God and the artist, and the less the artist does the better.
Andr Gide

I felt invincible. My strength was that of a giant. God was certainly standing by me. I smashed five saloons with rocks before I ever took a hatchet.
Carry Nation

If one feels the need of something grand, something infinite, something that makes one feel aware of God, one need not go far to find it. I think that I see something deeper, more infinite, more eternal than the ocean in the expression of the eyes of a little baby when it wakes in the morning and coos or laughs because it sees the sun shining on its cradle.
Vincent Van Gogh

Thank God men cannot as yet fly and lay waste the sky as well as the earth.
Henry David Thoreau, Jan. 3, 1861

Gratitude is our most direct line to God and the angels. The more we seek gratitude, the more reason the angels will give us for gratitude and joy to exist in our lives.
Terry Lynn Taylo

Of all the gods, Death only craves not gifts: Nor sacrifice, nor yet drink - Offering poured Avails; no altars hath he, nor is soothed By hymns of praise. From him alone of all The powers of heaven Persuasion holds aloof.
Aeschylus (525 - 456 B. C.), Frag. 146 (trans. by Plumptre).

Know then thyself, presume not God to scan, The proper study of Mankind is Man.
Alexander Pope

I love all beauteous things, I seek and adore them God hath no better praise, And man in his hasty days Is honored for them.
Robert Bridges

I believe in God, only I spell it Nature.
Frank Lloyd Wright

He that can live alone resembles the brute beast in nothing, the sage in much, and God in everything.
Baltasar Gracian

God does not judge us by the multitude of works we perform, but how well we do the work that is ours to do. The happiness of too many days is often destroyed by trying to accomplish too much in one day. We would do well to follow a common rule for our daily lives - - DO LESS, AND DO IT BETTER.
Dr. Dale E. Turne

God made man because He loves stories.
Elie Wiesel

Poor Mexico - So far from God and so close to the United States.
Porfirio Diaz, Biography of Porfirio Diaz

Make money your god and it will plague you like the devil.
Henry Fielding

I sometimes think that God, in creating man, overestimated His ability.
Oscar Wilde

Beware when the great God lets loose a thinker on this planet.
Ralph Waldo Emerson

Experience: that most brutal of teachers. But you learn, my God do you learn.
C. S. Lewis, Chicken Soup for the Soul (book)