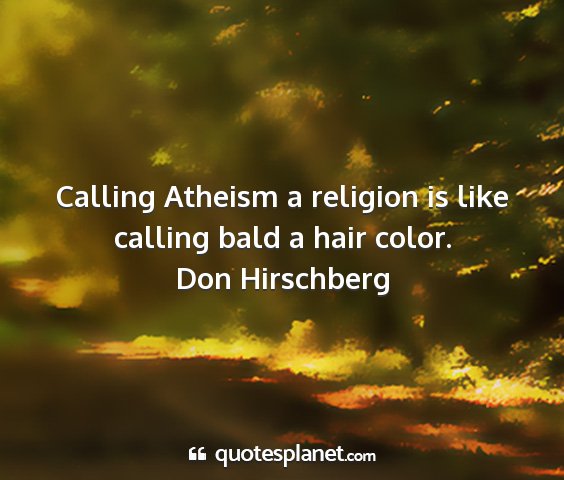 It made our hair stand up in panic fear.
Sophocles, Oedipus at Colonus

There is only one boss the customer. And he can fire everybody in the company, from the chairman on down, simply by spending his money somewhere else.
Sam Walton

Many years ago, I concluded that a few hair shirts were part of the mental wardrobe of every man. The president differs from other men in that he has a more extensive wardrobe.
Herbert Clark Hoove

Sometimes love will pick you up by the short hairs... and jerk the heck out of you.
Denise Dobbs, Northern Exposure, Survival of the Species, 1993

It is not white hair that engenders wisdom.
Menander, Unidentified fragment

And forget not that the earth delights to feel your bare feet and the winds long to play with your hair.
Kahlil Gibran

As a spider emits and draws in its thread, As plants arise on the earth, As the hairs of the head and body from a living person, So from The Eternal arises everything here.
Maitri Upanishads

A hair on the head is worth two on the brush.
Irish Prove 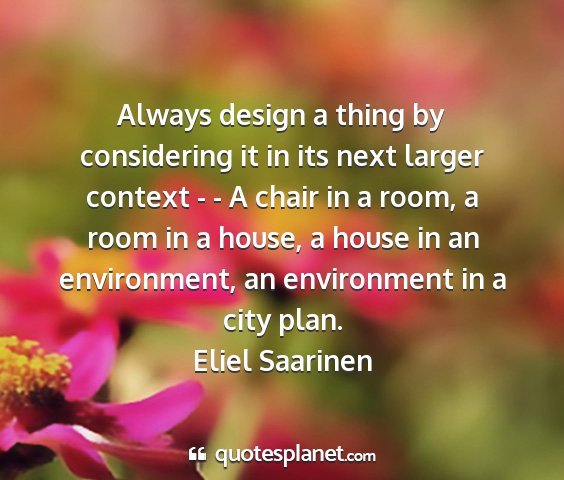 Experience: A comb life gives you after you lose your hair.
Judith Stern

America is a large friendly dog in a small room. Every time it wags its tail it knocks over a chair.
Arnold Toynbee

For three days after death hair and fingernails continue to grow but phone calls taper off.
Johnny Carson

Too bad all the people who know how to run the country are busy driving taxi cabs and cutting hair.
George Burns

The gun lobby finds waiting periods inconvenient. You have only to ask my husband how inconvenient he finds his wheelchair from time to time.
Sarah Brady

Experience is a comb that is given to you, when you have already lost you hair.
Giorgos Zambetas, Greek musician

Nancy Reagan fell down and broke her hair.
Johnny Carson

He who possesses the source of Enthusiasm Will achieve great things. Doubt not. You will gather friends around you As a hair clasp gathers the hair.
I Ching

One who sits between two chairs may easily fall down.
Romanian Prove

Experience a comb life gives you after you lose your hair.
Judith Stern

Gray hair is a sign of age, not wisdom.
Greek Prove

Reading transports me. I can go anywhere and never leave my chair. It lets me shake hands with new ideas.
Rolfe Neill

Billy Shampoo is better. I go on first and clean the hair. Conditioner is better. I leave the hair silky and smooth. Oh, really, fool Really.
Billy Madison

When he stood up, it was a very complicated motion. If the deck chairs on the Ship to the Sea of Night had opened up, they would have done so like that. It was like he was unfolding himself forever.
Neil Gaiman, Good Omens

How you lose or keep your hair depends on how wisely you choose your parents.
Edward R. Nida

There never were, in the world, two opinions alike, no more than two hairs, or two grains the most universal quality is diversity.
Michel Eyquem de Montaigne

Thirty - The promise of a decade of loneliness, a thinning list of single men to know, a thinning brief - Case of enthusiasm, thinning hair.
F Scott

It is not these well - Fed long - Haired men that I fear, but the pale and the hungry - Looking.
Julius Caesar, from Plutarch, Lives

Forget not that the earth delights to feel your bare feet and the winds long to play with your hair.
Kahlil Gibran

If man has good corn, or wood, or boards, or pigs to sell, or can make better chairs or knives, crucibles, or church organs, than anybody else, you will find a broad, hard - Beaten road to his house, though it be in the woods.
Ralph Waldo Emerson

I have made a great discovery. What I love belongs to me. Not the chairs and tables in my house, but the masterpieces of the world. It is only a question of loving them enough.
Princess Elizabeth Asquith Bibesco

A hair divides what is false and true.
Omar Khayyam

Whoops is a word that should never be said by some professions - Pilots, Racing car drivers, and hair colourists come immediately to mind but Dentists also have to be up in the top five.
Richard Stubbs, Comedian, Book - " Still Life".

Long hair is considered bohemian, which may be why I grew it, but I keep it long because I love the way it feels, part cloak, part fan, part mane, part security blanket.
Marge Piercy

No gray hairs streak my soul, no grandfatherly fondness there I shake the world with the might of my voice, and walk - Handsome, twentytwoyearold.
Vladimir Mayakovsky

Man is descended from a hairy, tailed quadruped, probably arboreal in its habits.
Charles Robert Darwin

My husband said he wanted to have a relationship with a redhead, so I dyed my hair.
Jane Fonda