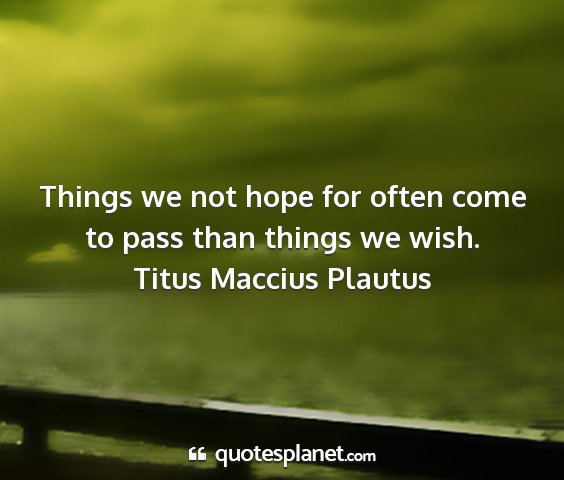 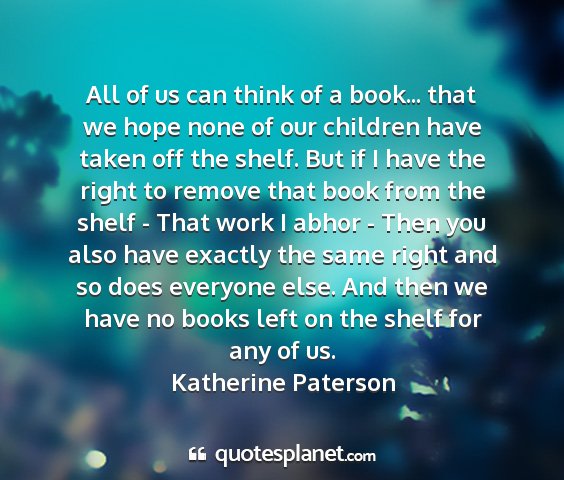 At the moment of death I hope to be surprised.
Ivan Illich

I have no money, no resources, and no hope. I am the happiest man alive.
Henry Miller, Tropic of Cance 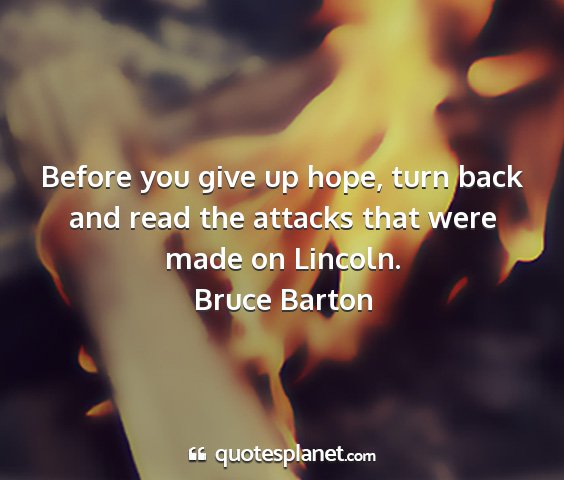 But groundless hope, like unconditional love, is the only kind worth having.
John Perry Barlow

If we could only share our hopes, our dreams, our disappointments, our fears, our achievements, and our discoveries.... the world would be a little kinder and a lot more forgiving.
Robert Anthony, Great American Poets 2002

Do not spoil what you have by desiring what you have not but remember that what you now have was once among the things only hoped for.
Epicurus

He who desires nothing, hopes for nothing, and is afraid of nothing, cannot be an artist.
Anton Pavlovich Chekhov

It has just been twenty - Three years since I began to wander. In the next twenty - Three years I wonder if there will come a time when life is no longer a wonderful adventure; when there is not some interesting experience in things or personalities waiting just around the corner. If that time does come, I hope that my release will be swift.
Roy Chapman Andrews, Ends of the Earth, 1929

Hope, deceitful as it is, serves at least to lead us to the end of our lives by an agreeable route.
Robert Green Ingersoll

The first hope of a painter who feels hopeful about painting is the hope that the painting will move, that it will live outside its frame.
Gertrude Stein

Take hope from the heart of man, and you make him a beast of prey.
Quida

Love lives on hope, and dies when hope is dead It is a flame which sinks for lack of fuel.
Charles Caleb Colton

You cannot hope to build a better world without improving the individuals. To that end each of us must work for his own improvement, and at the same time share a general responsibility for all humanity, our particular duty being to aid those to whom we think we can be most useful.
Marie Curie

One hopes to achieve the zero option, but in the absence of that we must achieve balanced numbers. On Soviet and Allied missiles in Europe.
Margaret Hilda Thatche

Hope is the thing with feathers - - That perches in the soul - - And sings the tune without words - - And never stops, at all.
Emily Elizabeth Dickinson

Why art thou cast down, O my soul? and why art thou disquieted in me? hope thou in God: for I shall yet praise him for the help of his countenance.
Psalm 42, Book II, Holy Bible

Hope is the only universal liar who never loses his reputation for veracity.
Thomas Fulle