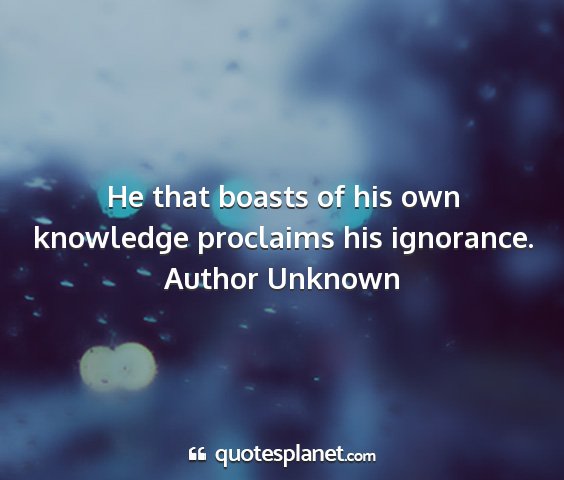 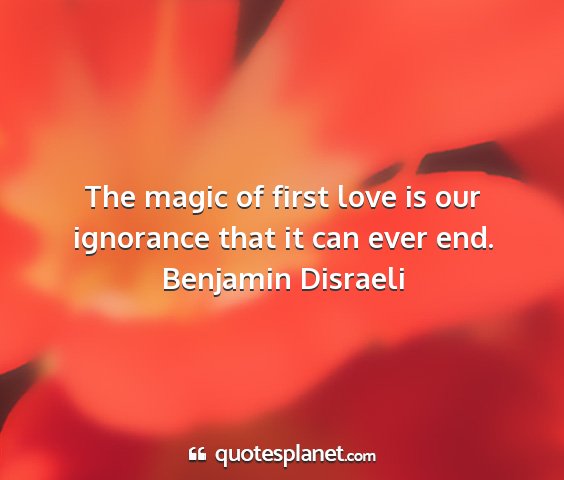 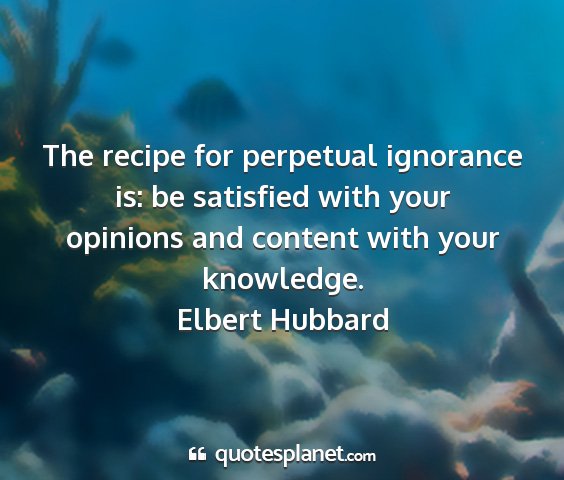 Nothing in education is so astonishing as the amount of ignorance it accumulates in the form of facts.
Henry Adams

Innocence dwells with Wisdom, but never with Ignorance.
William Blake

If knowledge can create problems, it is not through ignorance that we can solve them.
Isaac Asimov

Nothing is as terrible to see as ignorance in action.
Johann von Goethe

I know nothing except the fact of my ignorance.
Socrates, from Diogenes Laertius, Lives of Eminent Philosophers

So long as thou are ignorant be not ashamed to learn. Ignorance is the greatest of all infirmities, and when justified, the chiefest of all follies.
Izaak Walton

A little learning is a dangerous thing but a lot of ignorance is just as bad.
Bob Edwards

Ignorance gives one a large range of probabilities.
George Eliot

Stupidity has a certain charm - Ignorance does not.
Frank Zappa

True wisdom is less presuming than folly. The wise man doubteth often, and changeth his mind the fool is obstinate, and doubteth not he knoweth all things but his own ignorance.
Akhenaton

There is no sin greater than ignorance.
Rudyard Kipling

Ignorance is the mother of admiration.
George Chapman

It is better to hide ignorance, but it is hard to do this when we relax over wine.
Heraclitus, On the Universe

Let ignorance talk as it will, learning has its value.
Jean de La Fontaine

There are in fact two things, science and opinion the former begets knowledge, the latter ignorance.
Hippocrates

Ignorance is the night of the mind, but a night without moon and star.
Confucius

I do not believe in the collective wisdom of individual ignorance.
Thomas Carlyle

Stupid is forever, ignorance can be fixed.
Don Wood

Truth will always be truth, regardless of lack of understanding, disbelief or ignorance.
W. Clement Stone

Ignorance is like a delicate exotic fruit; touch it and the bloom is gone.
Oscar Wilde

To be proud of learning is the greatest ignorance.
Jeremy Taylo

The history of the Victorian Age will never be written we know too much about it. For ignorance is the first requisite of the historian - Ignorance, which simplifies and clarifies, which selects and omits, with a placid perfection unattainable by the highest art.
Lytton Strachey

Seize the moment of excited curiosity on any subject to solve your doubts for if you let it pass, the desire may never return, and you may remain in ignorance.
William Wirt