Courage is of no value unless accompanied by justice yet if all men became just, there would be no need for courage.
Agesilaus the Second

Justice does not come from the outside. It comes from inner peace.
Barbara Hall, A Summons to New Orleans, 2000

Let us have justice, and then we shall have enough liberty.
Jeseph Joubert 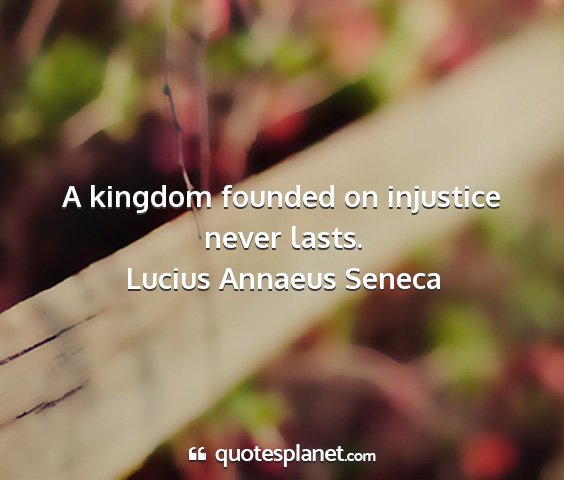 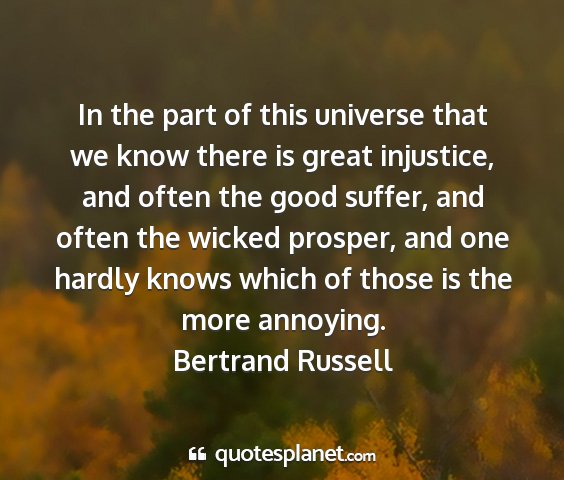 Reason and Justice tell me that there is more love of man in electricity and steam, than in chastity and refusal to eat meat.
Chekov of Tolstoy 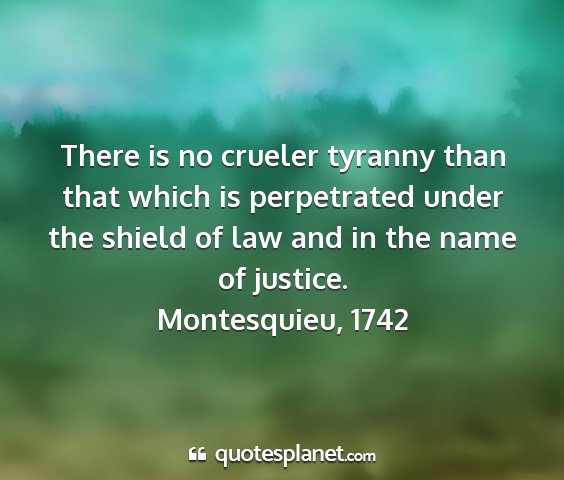 Communism is the corruption of a dream of justice.
Adlai Stevenson

Find out just what people will submit to, and you have found out the exact amount of injustice and wrong which will be imposed upon them; and these will continue until they are resisted with either words or blows, or both. The limits of tyrants are prescribed by the endurance of those whom they oppress.
Frederick Douglass

Justice consists in doing no injury to men decency in giving them no offense.
Marcus Tullius Cicero De Officiis

We can become anything. That is why injustice is impossible here. There may be the accident of birth, there is no accident of death. Nothing forces us to remain what we were.
John Berge

There can be no justice so long as rules are absolute.
Patrick Stewart

Where you find the laws most numerous, there you will find also the greatest injustice.
Arcesilaus

Courage is of no value unless accompanied by justice; yet if all men became just, there would be no need for courage.
Agesilaus the Second

Peace is not an absence of war, it is a virtue, a state of mind, a disposition for benevolence, confidence, justice.
Baruch Spinoza

In the little world in which children have their existence, whosoever brings them up, there is nothing so finely perceived and so finely felt, as injustice.
Charles Dickens

Mankind censure injustice fearing that they may be the victims of it, and not because they shrink from committing it.
Plato, The Republic

Whether we bring our enemies to justice or bring justice to our enemies, justice will be done.
George W. Bush, September 20, 2001