Jokes of the proper kind, properly told, can do more to enlighten questions of politics, philosophy, and literature than any number of dull arguments.
Isaac Asimov

Literature is the human activity that takes the fullest and most precise account of variousness, possibility, complexity, and difficulty.
Lionel Trilling

There are three things men can do with women love them, suffer for them, or turn them into literature.
Stephen Stills

To encourage literature and the arts is a duty which every good citizen owes to his country.
George Washington 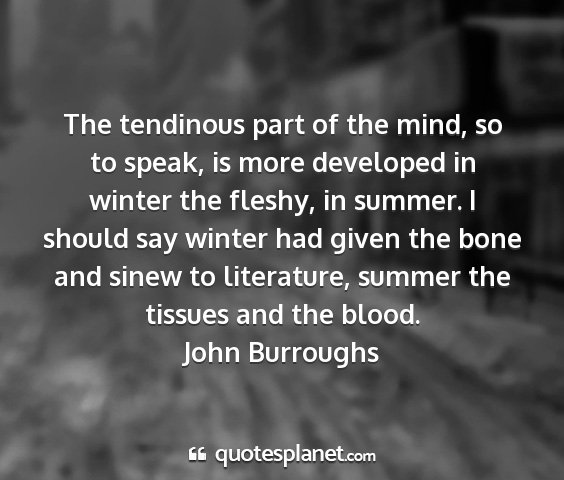 The very essence of literature is the war between emotion and intellect, between life and death. When literature becomes too intellectual - - when it begins to ignore the passions, the motions - - It becomes sterile, silly, and actually without substance.
Isaac Bashevis Singe 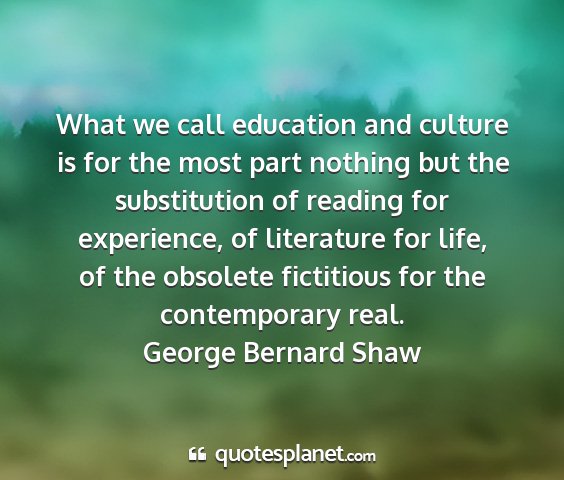 Literature is my Utopia. Here I am not disenfranchised. No barrier of the senses shuts me out from the sweet, gracious discourses of my book friends. They talk to me without embarrassment or awkwardness.
Helen Kelle

Even in literature and art, no man who bothers about originality will ever be original whereas if you simply try to tell the truth without caring twopence how often it has been told before you will, nine times out of ten, become original without ever having noticed it.
Clive Staples Lewis

It is only by introducing the young to great literature, drama and music, and to the excitement of great science that we open to them the possibilities that lie within the human spirit - - Enable them to see visions and dream dreams.
Eric Anderson

Studying literature at Harvard is like learning about women at the Mayo Clinic.
Roy Blount Jr.

In a real sense, people who have read good literature have lived more than people who cannot or will not read. It is not true that we have only one life to live; if we can read, we can live as many more lives and as many kinds of lives as we wish.
S. I. Hayakawa

My main reason for adopting literature as a profession was that, as the author is never seen by his clients, he need not dress respectably.
George Bernard Shaw

In literature as in love, we are astonished at what is chosen by others.
Andre Maurois

Books are the carriers of civilization. Without books, history is silent, literature dumb, science crippled, thought and speculation at a standstill.
Barbara Tuchman

The difficulty of literature is not to write, but to write what you mean not to affect your reader, but to affect him precisely as you wish.
Robert Louis Stephenson

We pass the word around; we ponder how the case is put by different people, we read the poetry; we meditate over the literature; we play the music; we change our minds; we reach an understanding. Society evolves this way, not by shouting each other down, but by the unique capacity of unique, individual human beings to comprehend each other.
Lewis Thomas, The Medusa and the Snail (1979)

The tendinous part of the mind, so to speak, is more developed in winter; the fleshy, in summer. I should say winter had given the bone and sinew to literature, summer the tissues and the blood.
John Burroughs, The Snow - Walkers

We are all Greeks. Our laws, our literature, our religion, our arts, have their root in Greece.
Percy Bysshe Shelley

We know too much, and are convinced of too little. Our literature is a substitute for religion, and so is our religion.
T. S. Eliot

Sigmund Freud was a half baked Viennese quack. Our literature, culture, and the the films of Woody Allen would be better today if Freud had never written a word.
Ian Shoales

Literature is a luxury; fiction is a necessity.
G. K. Chesterton, Defendant (1901)

Depend upon it, after all, Thomas, Literature is the most noble of professions. In fact, it is about the only one fit for a man. For my own part, there is no seducing me from the path.
Edgar Allan Poe, From a letter to Frederick W. Thomas (February 14, 1849).

Literature is a luxury fiction is a necessity.
G. K. Chesterton

Proverbs are the literature of reason, or the statements of absolute truth, without qualification. Like the sacred books of each nation, they are the sanctuary of its intuitions.
Ralph Waldo Emerson

Literature is my Utopia. Here I am not disenfranchised. No barrier of the sense shuts me out from the sweet, gracious discourse of my book friends. They talk to me without embarrassment or awkwardness.
Hellen Kelle

Literature is the orchestration of platitudes.
Thornton

In general, in poetry and literature, I am among those people who believe that too much is indispensable.
Yevgeny Aleksandrovich Yevtushenko