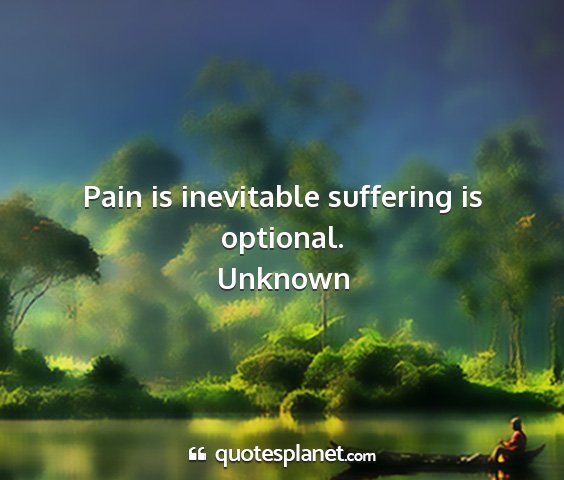 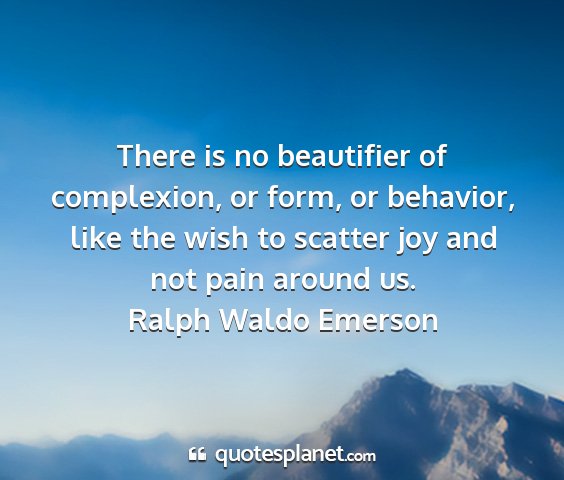 What greater pain could mortals have than this To see their children dead before their eyes.
Ralph Waldo Emerson 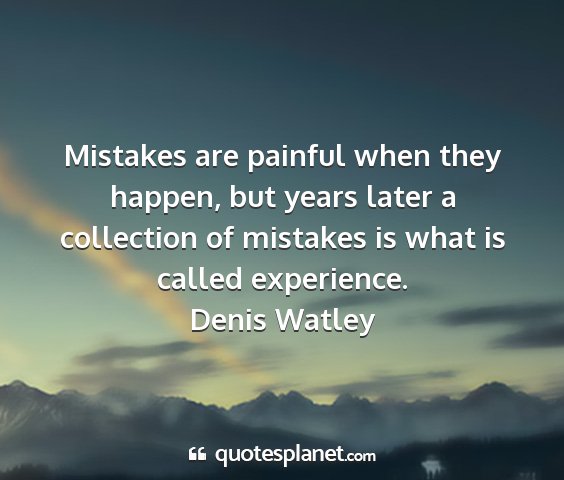 Each painting has its own way of evolving... When the painting is finished, the subject reaveals itself.
William Baziotes

I paint objects as I think them, not as I see them.
Pablo Picasso

If I can stop one heart from breaking, If I can ease one pain, Then my life will not have been in vain.
Emily Elizabeth Dickinson

Do you want to know the secret of pain? If you just stop feeling it, you can start to use it.
Robert Englund

Nevertheless the passions, whether violent or not, should never be so expressed as to reach the point of causing disgust; and music, even in situations of the greatest horror, should never be painful to the ear but should flatter and charm it, and thereby always remain music.
Wolfgang Amadeus Mozart

And, therefore, indifference is always the friend of the enemy, for it benefits the aggressor - - Never its victim, whose pain is magnified when he or she feels forgotten.
Elie Wiesel, The Perils of Indifference

Pain and foolishness lead to great bliss and complete knowledge, for Eternal Wisdom created nothing under the sun in vain.
Kahlil Gibran

A painting in a museum hears more ridiculous opinions than anything else in the world.
Edmond de Goncourt

I would rather see the portrait of a dog that I know, than all the allegorical paintings they can show me in the world.
Samuel Johnson

There will always be a part, and always a very large part of every community, that have no care but for themselves, and whose care for themselves reaches little further than impatience of immediate pain, and eagerness for the nearest good.
Samuel Johnson, Taxation No Tyranny

It is easy to love the people far away. It is not always easy to love those close to us. It is easier to give a cup of rice to relieve hunger than to relieve the loneliness and pain of someone unloved in our home. Bring love into your home for this is where our love for each other must start.
Mother Teresa

I am going to Spain to fight an army without a general, and thence to the East to fight a general without an army.
Julius Caesar, (attributed)

Life is a great big canvas; throw all the paint on it you can.
Danny Kaye

The pain of dispute exceeds, by much, its utility. All disputation makes the mind deaf, and when people are deaf I am dumb.
Joseph Joubert

Nay, tempt me not to love again: There was a time when love was sweet; Dear Nea! had I known thee then, Our souls had not been slow to meet! But oh! this weary heart hath run So many a time the rounds of pain, Not even for thee, thou lovely one! Would I endure such pangs again.
Sir Thomas More

We should all be obliged to appear before a board every five years and justify our existence... on pain of liquidation.
George Bernard Shaw

Millions must plough and forge and dig in order that a few thousand may write and paint and study.
Heinrich Gotthard von Treitschke

It is as natural to die as to be born and to a little infant, perhaps, the one is as painful as the other.
Francis Bacon

This is the bitterest pain among men, to have much knowledge but no power.
Herodotus, The Histories of Herodotus

Do not speak harshly to any one; those who are spoken to will answer thee in the same way. Angry speech is painful: blows for blows will touch thee.
Buddha, The Dharmapada

There is no pain so great as the memory of joy in present grief.
Aeschylus

Painting is just another way of keeping a diary.
Pablo Picasso

Nay, tempt me not to love again There was a time when love was sweet Dear Nea had I known thee then, Our souls had not been slow to meet But oh this weary heart hath run So many a time the rounds of pain, Not even for thee, thou lovely one Would I endure such pangs again.
Sir Thomas More

It is a sin to persue pleasure as a good and to avoid pain as a evil.
Marcus Aurelius, Meditations, Book nine

Scorching my seared heart with a pain, not hell shall make me fear again.
Edgar Allan Poe, Tamerlane, Part II

Light is the first of painters. There is no object so foul that intense light will not make it beautiful.
Ralph Waldo Emerson

No pain, no palm no thorns, no throne no gall, no glory, no glory no cross, no crown.
William Penn

What we call pleasure, and rightly so is the absence of all pain.
Cicero