Art is contemplation. It is the pleasure of the mind which searches into nature and which there divines the spirit of which Nature herself is animated.
Auguste Rodin 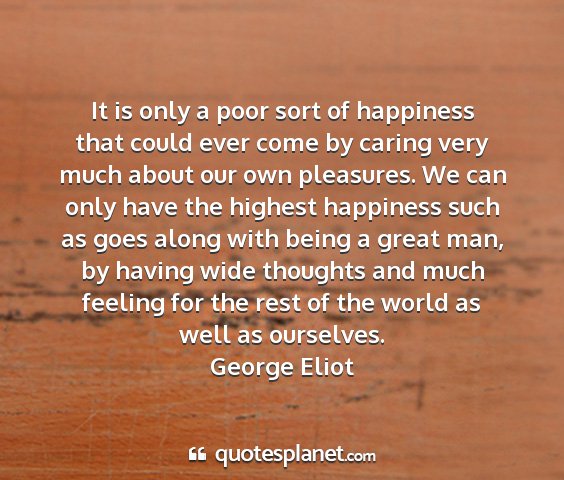 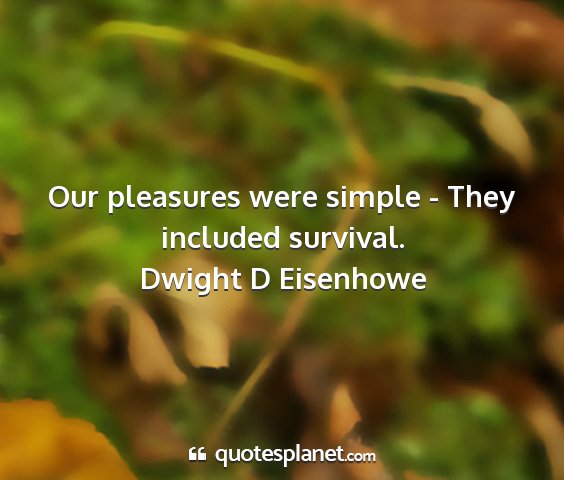 The happiest is the person who suffers the least pain the most miserable who enjoys the least pleasure.
Jean Jacques Rousseau 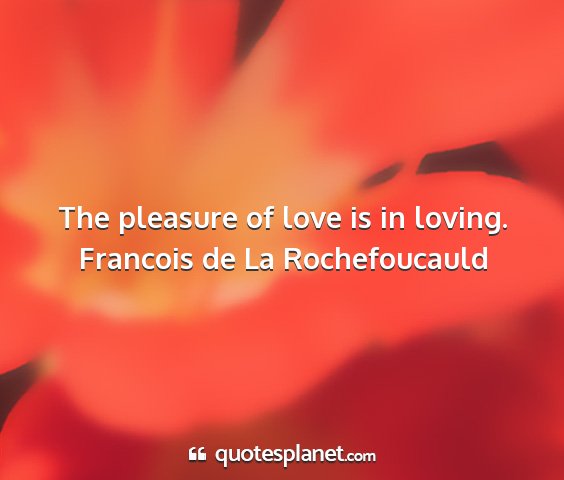 The world has to learn that the actual pleasure derived from material things is of rather low quality on the whole and less even in quantity than it looks to those who have not tried it.
Oliver Wendell Holmes

No man is a hypocrite in his pleasures.
Samuel Johnson

Crime is the soul of lust. What would pleasure be if it were not accompanied by crime It is not the object of debauchery that excites us, rather the idea of evil.
Marquis de Sade

Fortune can, for her pleasure, fools advance, And toss them on the wheels of Chance.
Juvenal

What is written without effort is in general read without pleasure.
Samuel Johnson

He who wishes to exert a useful influence must be careful to insult nothing. Let him not be troubled by what seems absurd, but concentrate his energies to the creation of what is good. He must not demolish, but build. He must raise temples where mankind may come and partake of the purest pleasure.
Johann Wolfgang von Goethe

The secret of life is to appreciate the pleasure of being terribly, terribly deceived.
Oscar Wilde, A Woman of No Importance, Act 3

It is in his pleasure that a man really lives it is from his leisure that he constructs the true fabric of self.
Agnes Repplie

The art of dining well is no slight art, the pleasure not a slight pleasure.
Michel de Montaigne

Visits always give pleasure, if not the arrival, the departure.
Portuguese Prove

Get pleasure out of life... as much as you can. Nobody ever died from pleasure.
Sol Hurok

You despise books; you whose lives are absorbed in the vanities of ambition, the pursuit of pleasure or indolence; but remember that all the known world, excepting only savage nations, is governed by books.
Voltaire

The pleasure is momentary, the position rediculous, and the expense damnable.
Philip Dormer Stanhope Chesterfield

Consider pleasures as they depart, not as they come.
Aristotle

Men seek but one thing in life - Their pleasure.
W. Somerset Maugham

Happiness is neither virtue nor pleasure nor this thing nor that but simply growth, We are happy when we are growing.
William Butler Yeats

I do not believe in doing for pleasure things I do not like to do.
Norman R. Augustine

I think I may define taste to be that faculty of the soul which discerns the beauties of an author with pleasure, and the imperfections with dislike.
Joseph Addison

Business is always interfering with pleasure, but it makes other pleasures possible.
William Faulkne