God does not give heed to the ambitiousness of our prayers, because he is always ready to give to us his light, not a visible light but an intellectual and spiritual one but we are not always ready to receive it when we turn aside and down to other things out of a desire for temporal things.
Saint Augustine

Some pray to marry the man they love, my prayer will somewhat vary I humbly pray to heaven above that I love the man I marry.
Anouk Aimee 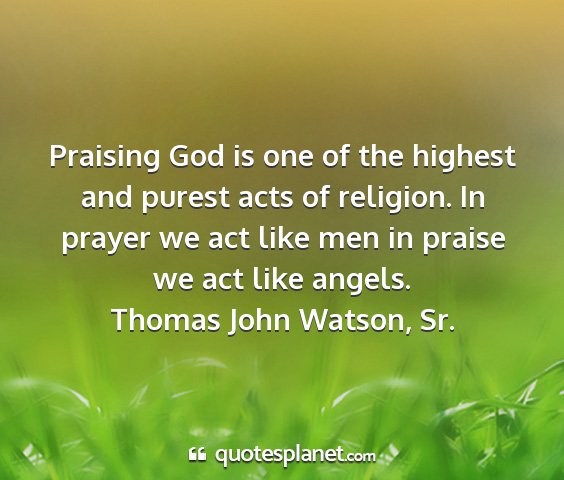 Christmas - - That magic blanket that wraps itself about us, that something so intangible that it is like a fragrance. It may weave a spell of nostalgia. Christmas may be a day of feasting, or of prayer, but always it will be a day of remembrance - - A day in which we think of everything we have ever loved.
Augusta E. Rundell

The most eloquent prayer is the prayer through hands that heal and bless. The highest form of worship is the worship of unselfish Christian service. The greatest form of praise is the sound of consecrated feet seeking out the lost and helpless.
William Franklin Billy Graham

Under certain circumstances, profanity provides a relief denied even to prayer.
Mark Twain 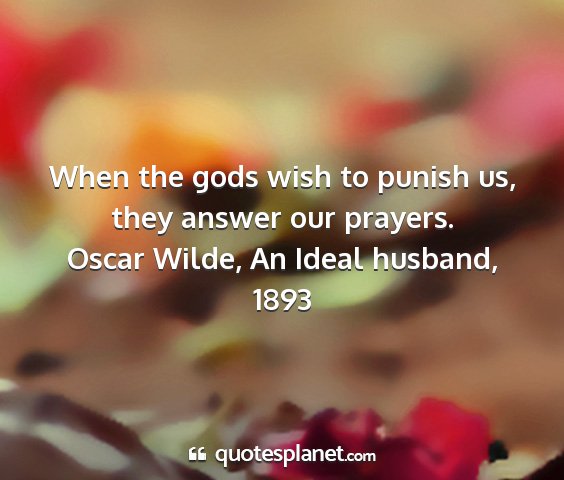 A prayer in its simplest definition is merely a wish turned Godward.
Phillips Brooks

I am acutely aware that you have not elected me as your president by your ballots, so I ask you to confirm me with your prayers.
Gerald R. Ford

Who rises from a prayer a better man, his prayer is answered.
George Meredith

I believe that God prays in us and through us, whether we are praying or not and whether we believe in God or not. So, any prayer on my part is a conscious response to what God is already doing in my life.
Malcolm Boyd

To saints their very slumber is a prayer.
Saint Jerome

Courage is fear that has said its prayers.
Maya Angelou

Both read the same Bible, and pray to the same God; and each invokes his aid against the other.... The prayers of both could not be answered - - That of neither has been answered fully.
Abraham Lincoln

Prayer indeed is good, but while calling on the gods a man should himself lend a hand.
Hippocrates, Regimen

I have never made but one prayer to God, a very short one: O Lord, make my enemies ridiculous. And God granted it.
Voltaire

Prayer gives us the opportunity to speak to GOD, Meditation allows GOD to speak back to us.
Unknown

Certain thoughts are prayers. There are moments when whatever be the attitude of the body, the soul is on its knees.
Victor Hugo

Father, we thank you, especially for letting me fly this flight... for the privilege of being able to be in this position, to be in this wondrous place, seeing all these many startling, wonderful things that you have created. Prayer while orbiting the earth in a space capsule.
L. Gordon Cooper, Jr.

For prayer is nothing else than being on terms of friendship with God.
Saint Teresa of Avila

One single grateful thought raised to heaven is the most perfect prayer.
G. E. Lessing

Joy is prayer - Joy is strength - Joy is love - Joy is a net of love by which you can catch souls.
Mother Teresa

An adventure differs from a mere feat in that it is tied to the externally unattainable. Only one end of the rope is in the hand, the other is not visible, and neither prayers, nor daring, nor reason can shake it free.
William Bolitho

Prayer is.... the salve on the wounds of our spirit that we order from God in our moments with Him.
Unknown

I have lived to thank God that all my prayers have not been answered.
Jean Ingelow

Her eyes are homes of silent prayers.
Alfred Lord Tennyson

Prayer is our humble answer to the inconceivable surprise of living.
Abraham Joshua Heschel

Heaven is full of answers to prayer for which no one bothered to ask.
Billy Graham

If the only prayer you ever say in your whole life is thank you, that would suffice.
Meister Eckhart

Nothing costs so much as what is bought by prayers.
Lucius Annaeus Seneca

Arranging a bowl of flowers in the morning can give a sense of quiet in a crowded day - Like writing a poem, or saying a prayer.
Anne Morrow Lindbergh