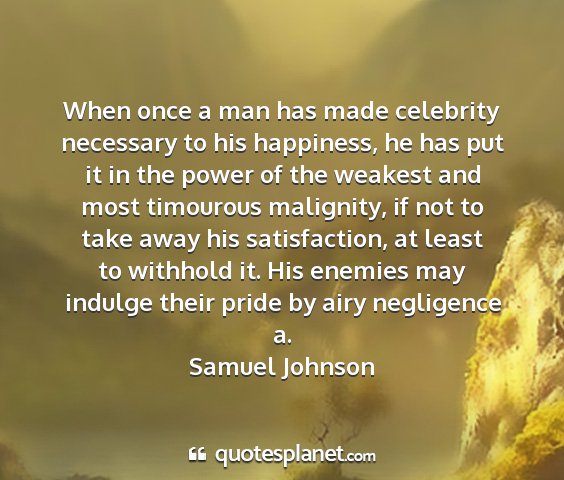 Pride grows in the human heart like lard on a pig.
Alexander Solzhenitsyn, The Gulag Archipelago

Wounded vanity knows when it is mortally hurt and limps off the field, piteous, all disguises thrown away. But pride carries its banner to the last and fast as it is driven from one field unfurls it in another, never admitting that there is a shade less honor in the second field than in the first, or in the third than in the second.
Helen Hunt Jackson 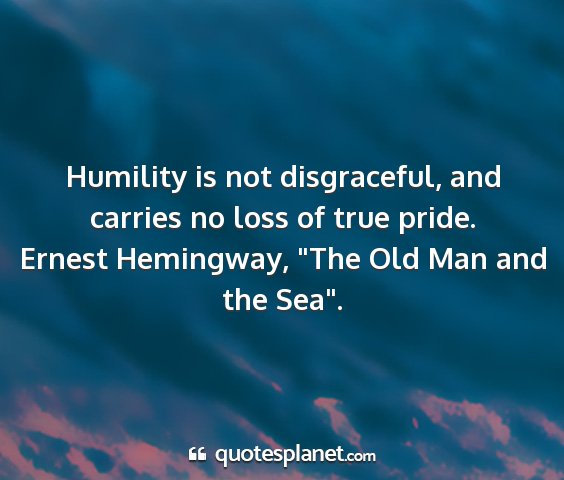 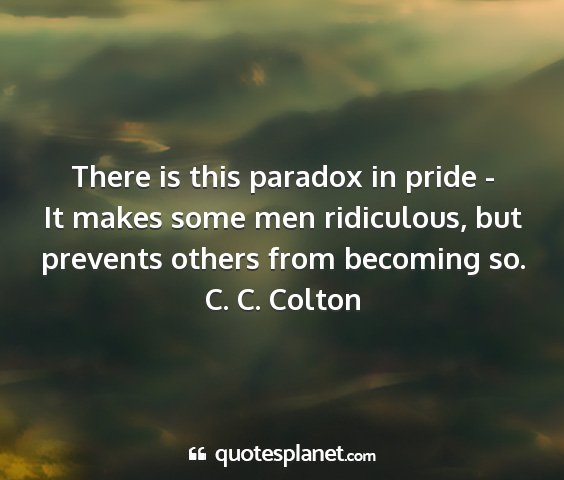 Pride is the recognition of the fact that you are your own highest value and, like all of man? s values, it has to be earned.
Ayn Rand, Atlas Shrugged

Pride, like laudanun and other poisonous medicines, is beneficial in small, though injurious in large quantities. No man who is not pleased with himself, even in a personal sense, can please others.
Frederick Saunders

Pride is a spiritual Cancer: It eats up the very possibilty of love, or contentment, or even common sense.
C. S. Lewis, First things First