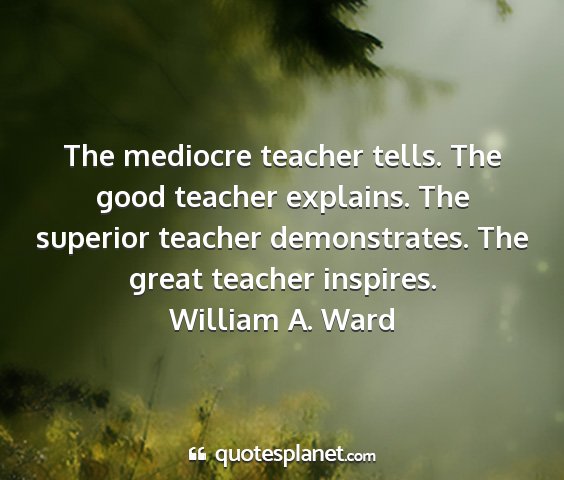 It is noble to teach oneself, it is still nobler to teach others.
Mark Twain

Build for your team a feeling of oneness, of dependence on one another and of strength to be derived by unity.
Vince Lombardi

Nothing contributes so much to tranquilizing the mind as a steady purpose - A point on which the soul may fix its intellectual eye.
Mary Wollstonecraft Shelley

We teachers can only help the work going on, as servants wait upon a master.
Maria Montessori 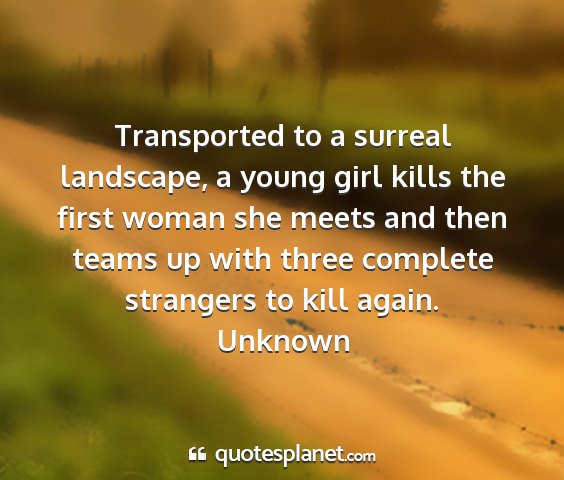 Experience is a hard teacher because she gives the test first, the lessons afterwards.
Vernon Law 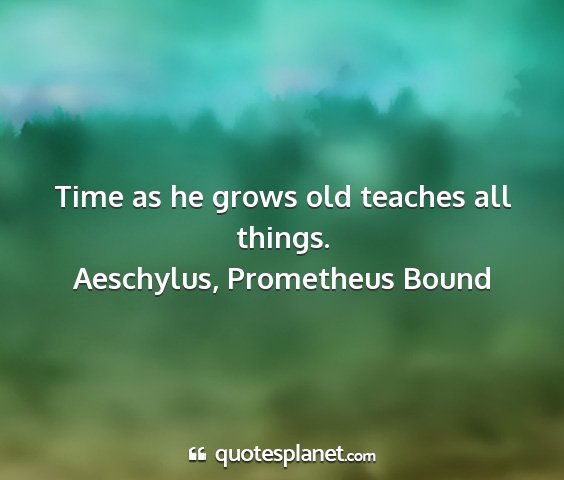 I have learnt silence from the talkative, toleration from the intolerant, and kindness from the unkind yet strange, I am ungrateful to these teachers.
Kahlil Gibran

Our government is the potent, the omnipresent teacher. For good or ill, it teaches the whole people by its example.
Louis D. Brandeis

Earth and sky, woods and fields, lakes and rivers, the mountain and the sea, are excellent schoolmasters, and teach some of us more than we can ever learn from books.
Sir John Lubbock

Spoon feeding in the long run teaches us nothing but the shape of the spoon.
E. M. Forste

Never try to teach a pig to sing. It wastes your time, and it annoys the pig.
Saying Folk

Tears at times have all the weight of speech.
Ovid

Whoever cares to learn will always find a teacher.
German prove

When a man steals your wife, there is no better revenge than to let him keep her.
Sacha Guitry

As you teach, you learn.
Jewish Prove

One repays a teacher badly if one only remains a pupil.
Nietzsche

One day our descendants will think it incredible that we paid so much attention to things like the amount of melanin in our skin or the shape of our eyes or our gender instead of the unique identities of each of us as complex human beings.
Franklin Thomas

Ready tears are a sign of treachery, not of grief.
Publilius Syrus

Abundance of knowledge does not teach men to be wise.
Heraclitus

All last year we tried to teach him English, and the only word he learned was million.
Tommy Lasorda, on pitcher Fernando Valenzuela

The first human being who hurled an insult instead of a stone was the founder of civilization.
Sigmund Freud, (Attributed)