God is love, but get it in writing.
Gypsy Rose Lee

Journal writing is a voyage to the interior.
Christina Baldwin

Writing has laws of perspective, of light and shade just as painting does, or music. If you are born knowing them, fine. If not, learn them. Then rearrange the rules to suit yourself.
Truman Capote 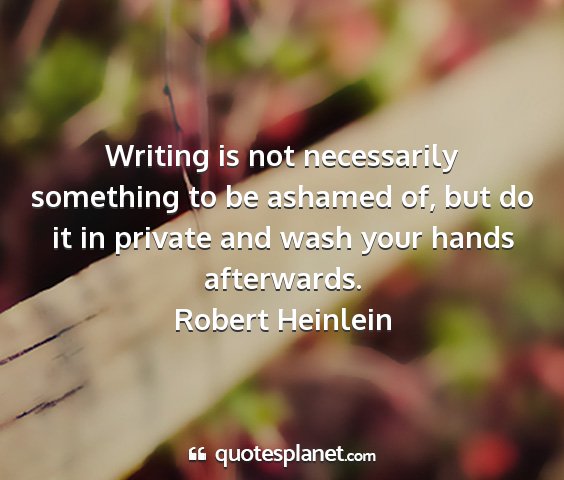 A writer is a person for whom writing is more difficult than it is for other people.
Thomas Mann 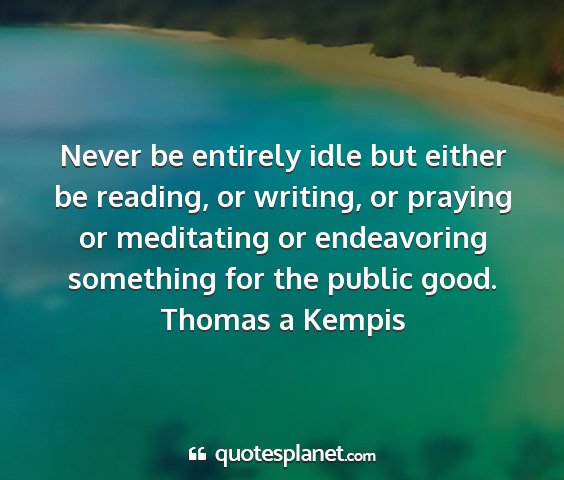 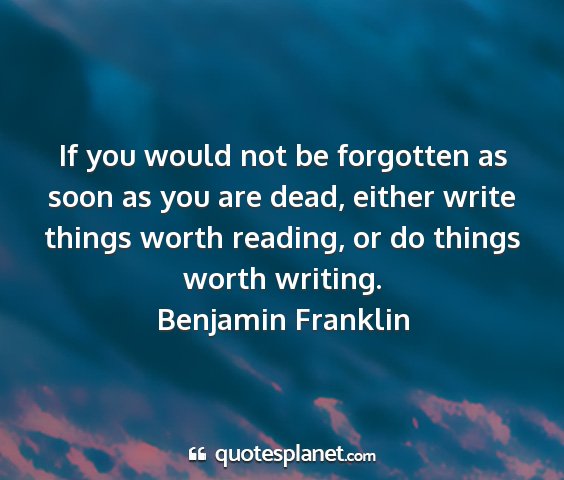 A prose writer gets tired of writing prose, and wants to be a poet. So he begins every line with a capital letter, and keeps on writing prose.
Samuel McChord Crothers

Writing is hard work and bad for the health.
E. B. White

I have never thought of writing for reputation and honor. What I have in my heart must come out; that is the reason why I compose.
Ludwig van Beethoven

No nation ancient or modern ever lost the liberty of freely speaking, writing, or publishing their sentiments, but forthwith lost their liberty in general and became slaves.
John Peter Zenge

When writing a novel a writer should create living people people not characters. A character is a caricature.
Ernest Hemingway

I disapprove of what you say, but I will defend to the death your right to say it. N. B. This quote is commonly attributed to Voltaire, but it is not found in his writing.
S. G. Tallentyre

Real seriousness in regard to writing is one of two absolute necessities. The other, unfortunately, is talent.
Ernest Hemingway

Learn as much by writing as by reading.
Lord Acton

There are three rules for writing the novel. Unfortunately, no one knows what they are.
W. Somerset Maugham

A writer is somebody for whom writing is more difficult than it is for other people.
Thomas Mann

Only amateurs say that they write for their own amusement. Writing is not an amusing occupation. It is a combination of ditch - Digging, mountain - Climbing, treadmill and childbirth... But amusing Never.
Edna Ferbe

Yes, there is a Nirvanah; it is leading your sheep to a green pasture, and in putting your child to sleep, and in writing the last line of your poem.
Kahlil Gibran, Essay on Robert Frost, quoted in N. Y.. Times: Obit - Editorial, April 1982

In the next year or so, my signature will appear on 60 billion of United States currency. More important to me, however, is the signature that appears on my life - The strong, proud, assertive handwriting of a loving father and mother.
Katherine D. Ortega

Never be entirely idle; but either be reading, or writing, or praying or meditating or endeavoring something for the public good.
Thomas a Kempis

The secret of good writing is to say an old thing in a new way or to say a new thing in an old way.
Richard Harding Davis