The meekest of animals will fight bravely when it is backed against a wall, for it has nothing left to lose. A poor man is more deadly than a rich man because he puts less value on his own life.
R. A. Salvatore, The Crystal Shard 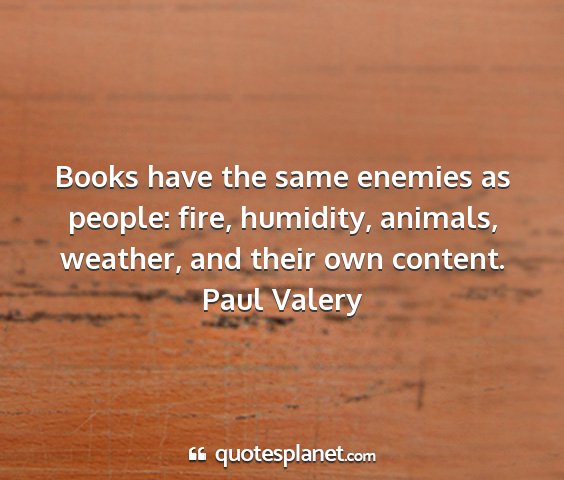 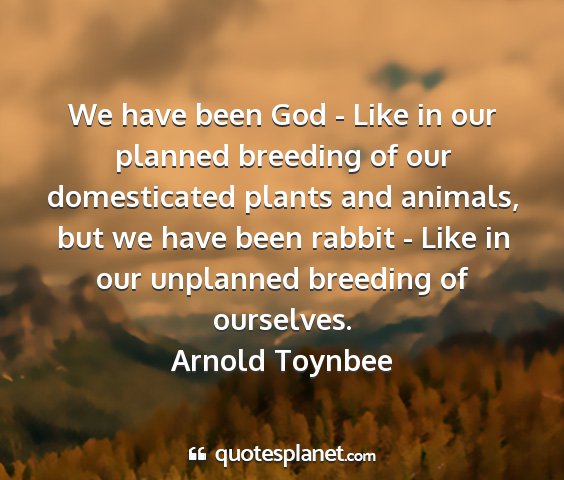 Often and often afterwards, the beloved Aunt would ask me why I had never told anyone how I was being treated. Children tell little more than animals, for what comes to them they accept as eternally established.
Rudyard Kipling

We know what the animals do, what are the needs of the beaver, the bear, the salmon, and other creatures, because long ago men married them and acquired this knowledge from their animal wives. Today the priests say we lie, but we know better.
Native American 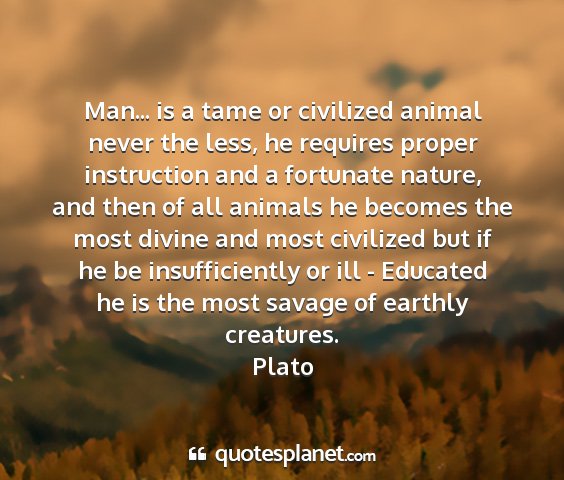 Noah must have taken into the Ark two taxes, one male and one female. And did they multiply bountifully! Next to guinea pigs, taxes must have been the most prolific animals.
Will Rogers

Animals, in their generation, are wiser than the sons of men but their wisdom is confined to a few particulars, and lies in a very narrow compass.
Joseph Addison

All animals except man know that the ultimate of life is to enjoy it.
Samuel Butle

Animals are always loyal and love you, whereas with children you never know where you are.
Christina Foyle, The Times (1993)

For animals, the entire universe has been neatly divided into things to a mate with, beat, run away from, and rocks.
Terry Pratchett, Equal Rites

The animals of the planet are in desperate peril... Without free animal life I believe we will lose the spiritual equivalent of oxygen.
Alice Walker, Living by the Word, 1988

Of all the animals, the boy is the most unmanageable.
Plato

Man can acquire accomplishments or he can become an animal, whichever he wants. God makes the animals, man makes himself.
G. C. Lichtenberg

Men are the only animals that devote themselves, day in and day out, to making one another unhappy. It is an art like any other. Its virtuosi are called altruists.
H. L. Mencken

You never see animals going through the absurd and often horrible fooleries of magic and religion. Only man behaves with such gratuitous folly. It is the price he has to pay for being intelligent but now, as yet, intelligent enough.
Aldous Huxley

Humankind differs from the animals only by a little, and most people throw that away.
Confucius, Roots of Wisdom 4th edition

We call them dumb animals, and so they are, for they cannot tell us how they feel, but they do not suffer less because they have no words.
Anna Sewell, Black Beauty, 1877

Men feel that cruelty to the poor is a kind of cruelty to animals. They never feel that it is an injustice to equals nay it is treachery to comrades.
Gilbert Keith Chesterton

We lavish on animals the love we are afraid to show to people. They might not return it or worse, they might.
Mignon McLaughlin

Drinking without being thirsty and making love at any time, Madame, are the only things that distinguish us from other animals.
Beaumarchis

Books have the same enemies as people fire, humidity, animals, weather, and their own content.
Paul Valery

The countenances of children, like those of animals, are masks, not faces, for they have not yet developed a significant profile of their own.
Wystan Hugh Auden

It is inexcusable for scientists to torture animals; let them make their experiments on journalists and politicians.
Henrik Ibsen

Animals are such agreeable friends - They ask no questions, they pass no criticisms.
George Eliot

People often say that humans have always eaten animals, as if this is a justification for continuing the practice. According to this logic, we should not try to prevent people from murdering other people, since this has also been done since the earliest of times.
Isaac Bashevis Singe

Man is an animal which, alone among the animals, refuses to be satisfied by the fulfilment of animal desires.
Alexander Graham Bell

For millions of years, mankind lived just like the animals. Then something happened which unleashed the power of our imaginations, we learned to talk.
Stephen Hawking

Like the herd animals we are, we sniff warily at the strange one among us.
Loren