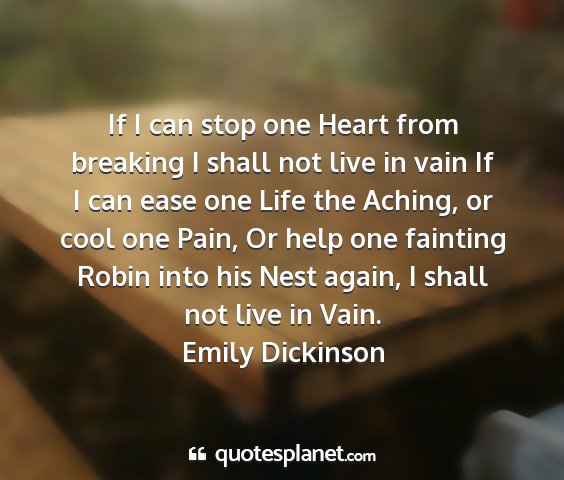 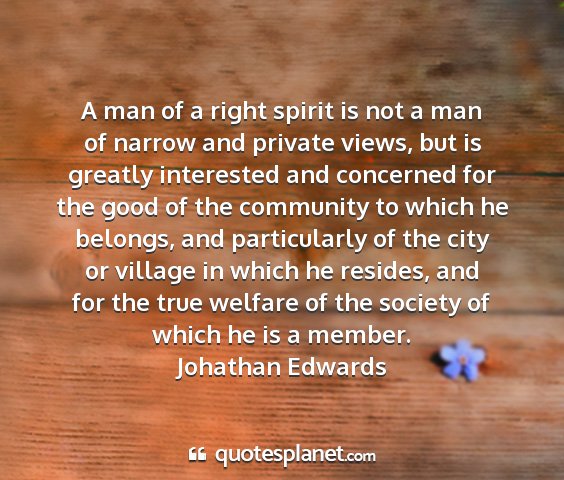 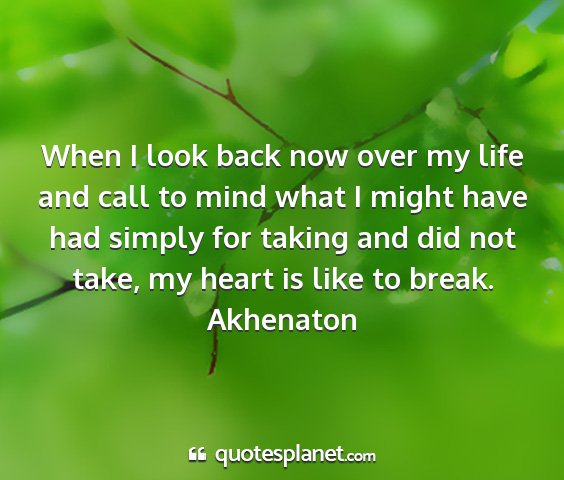 The best and most beautiful things in the world cannot be seen or even touched - They must be felt with the heart.
Hellen Kelle

The man who follows the crowd will get no farther than the crowd. A man who walks alone is likely to get places no one has ever been before.
Alan Ashley - Pitt

I am part of the sea and stars And the winds of the South and North Of mountains and Moon and Mars, And the ages sent me forth.
Edward H. S. Terry

Unprovided with original learning, unformed in the habits of thinking, unskilled in the arts of composition, I resolved to write a book.
Edward Gibbon

A thankful heart is not only the greatest virtue, but the parent of all other virtues.
Marcus Tullius Cicero

Art is the illusion of spontaneity.
Japanese Prove

The greater part of happiness or misery depends on our dispositions, not our circumstances.
Martha Dandridge Custis Washington

I belong to no organized party. I am a Democrat.
Will Rogers

Art is a collarboration between God and the artist, and the less the artist does the better.
Andr Gide

All art is quite useless.
Oscar Wilde, The Picture of Dorian Gray, the preface

Of all the music that reached farthest into heaven, it is the beating of a loving heart.
Henry Ward Beeche

Silence is one great art of conversation.
Anon.

Poetry is the lava of the imagination whose eruption prevents an earthquake.
Lord Byron

We have the right to lie, but not about the heart of the matter.
Luis Rodriguez, Always Running

Artists who seek perfection in everything are those who cannot attain it in anything.
Eugene Delacroix

I do not believe that civilization will be wiped out in a war fought with the atomic bomb. Perhaps two - Thirds of the people of the Earth might be killed, but enough men capable of thinking, and enough books, would be left to start again, and civilization could be restored.
Albert Einstein

A sense of humor is part of the art of leadership, of getting along with people, of getting things done.
Dwight D. Eisenhowe

I pray you bear me henceforth from the noise and rumour of the field, where I may think the remnant of my thoughts in peace, and part of this body and my soul with contemplation and devout desires.
William Shakespeare

If you find it in your heart to care for somebody else, you will have succeeded.
Maya Angelou

I had always loved beautiful and artistic things, though before leaving America I had had a very little chance of seeing any.
Emma Albani

Wonder is what sets us apart from other life forms. No other species wonders about the meaning of existence or the complexity of the universe or themselves.
Herbert W. Boyer, co - Founder of Genentech, Inc.

To be capable of steady friendship or lasting love, are the two greatest proofs, not only of goodness of heart, but of strength of mind.
William Hazlitt

Never suffer the prejudice of the eye to determine the heart.
Johann Georg Zimmermann

A tart temper never mellows with age; and a sharp tongue is the only edged tool that grows keener with constant use.
Washington Irving

What we obtain too cheap, we esteem too lightly... it would be strange indeed if so celestial an article as Freedom should not be highly rated.
Thomas Paine

Each handicap is like a hurdle in a steeplechase, and when you ride up to it, if you throw your heart over, the horse will go along, too.
Lawrence Bixby

The youth gets together his materials to build a bridge to the moon, or, perchance, a palace or temple on the earth, and, at length, the middle - Aged man concludes to build a woodshed with them.
I. F. Stone