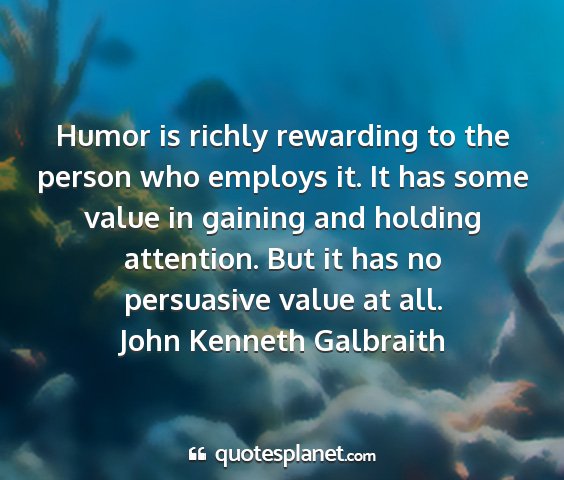 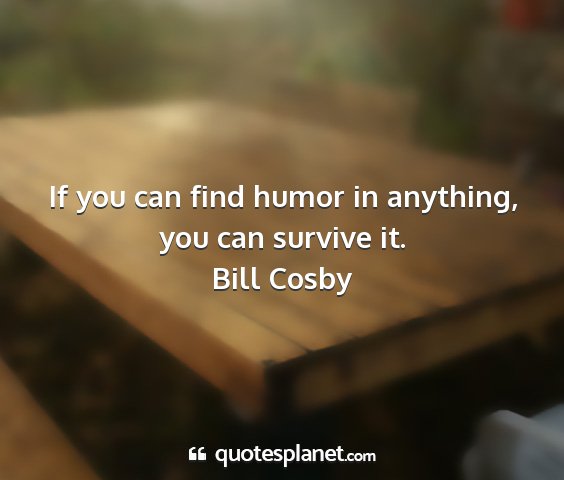 The more I live, the more I think that humor is the saving sense.
Jacob August Riis

Analyzing humor is like dissecting a frog. Few people are interested and the frog dies of it.
E. B. White

Humor distorts nothing, and only false gods are laughed off their pedestals.
Agnes Repplie

You can turn painful situations around through laughter. If you can find humor in anything - - Even poverty - - You can survive it.
Bill Cosby 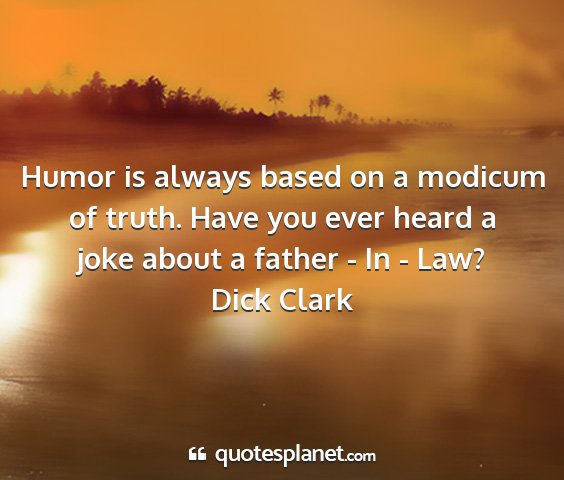 A humorist is a fellow who realizes, first, that he is no better than anybody else, and, second, that nobody else is either.
Homer McLin

Humor is the great thing, the saving thing. The minute it crops up, all our irritations and resentments slip away, and a sunny spirit takes their place.
Mark Twain

Humor can be dissected as a frog can, but the thing dies in the process and the innards are discouraging to any but the pure scientific mind.
E. B. White, Some Remarks on Humor, introduction

A well - Developed sense of humor is the pole that adds balance to your steps as you walk the tightrope of life.
William Arthur Ward

A great step toward independence is a good humored stomach.
Lucius Annaeus Seneca

I can imagine no more comfortable frame of mind for the conduct of life than a humorous resignation.
W. Somerset Maugham

Where humor is concerned there are no standards - No one can say what is good or bad, although you can be sure that everyone will.
John Kenneth Galbraith

He had the sort of face that makes you realize God does have a sense of humor.
Bill Bryson

If you could choose one characteristic that would get you through life, choose a sense of humor.
Jennifer Jones

America is not only big and rich, it is mysterious and its capacity for the humorous or ironical concealment of its interests matches that of the legendary inscrutable Chinese.
David Riesman

A person without a sense of humor is like a wagon without springs - - Jolted by every pebble in the road.
Henry Ward Beeche

Humor is the great thing, the saving thing. The minute it crops up, all our irritations and resentments slip away and a sunny spirit takes their place.
Mark Twain

A sense of humor is a major defense against minor troubles.
Mignon McLaughlin

The pug is living proof that God has a sense of humor.
Margo Kaufman

There are two insults no human being will endure that he has no sense of humor, and that the has never known trouble.
Sinclair Lewis

People are far more sincere and good - Humored at speeding their parting guests than on meeting them.
Anton Chekhov