Imagination will often carry us to worlds that never were. But without it we go nowhere.
Carl Sagan 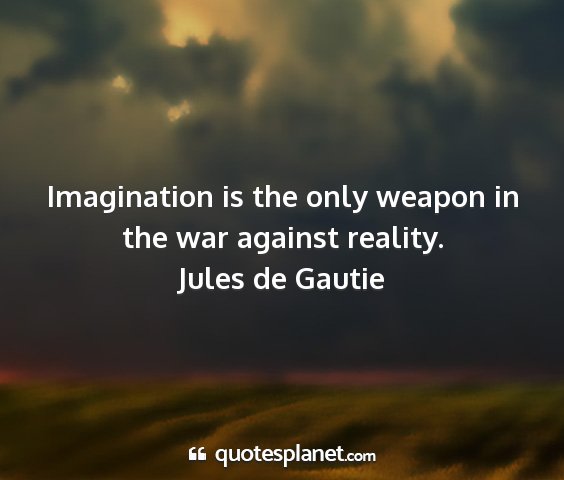 Being an actor is the loneliest thing in the world. You are all alone with your concentration and imagination, and that? s all you have.
James Dean 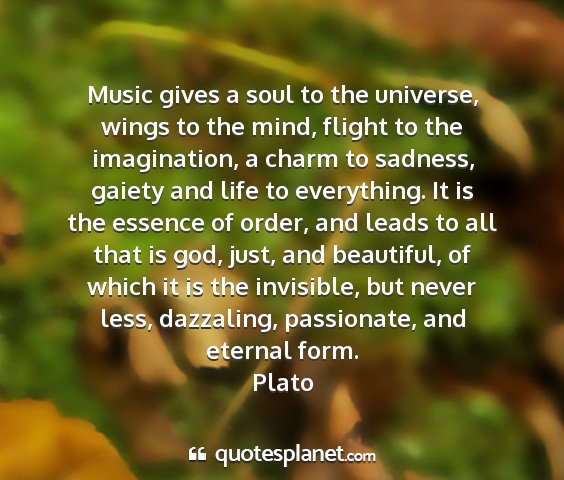 Imagination is the reality of the dreamer.
Scott Ringenbach

There is nothing more dreadful than imagination without taste.
Johann Wolfgang von Goethe

What the imagination seizes as beauty must be truth.
John Keats

We are all tattooed in our cradles with the beliefs of our tribe; the record may seem superficial, but it is indelible. You cannot educate a man wholly out of superstitious fears which were implanted in his imagination, no matter how utterly his reason may reject them.
Oliver Wendell Holmes Jr.

Imagination is always the fabric of social life and the dynamic of history. The influence of real needs and compulsions, of real interests and materials, is indirect because the crowd is never conscious of it.
Mark Twain

Study the situation thoroughly, go over in your imagination the various courses of action possible to you and the consequences which can and may follow from each course. Pick out the course which gives the most promise and go ahead.
Dr. Maxwell Maltz

Love is a canvas furnished by Nature and embroidered by imagination.
Voltaire

Imagination rules the world.
Napoleon I

Reality can be beaten with enough imagination.
Anon.

Imagination is a poor substitute for experience.
Henry Havelock Ellis

There are more things, Lucilius, that frighten us than injure us, and we suffer more in imagination than in reality. - Epistulae ad Lucilium.
Lucius Annaeus Seneca

You cannot depend on your eyes when your imagination is out of focus.
Mark Twain

Apathy can be overcome by enthusiasm, and enthusiasm can only be aroused by two things first, an ideal, with takes the imagination by storm, and second, a definite intelligible plan for carrying that ideal into practice.
Arnold J. Toynbee

All prosperity begins in the mind and is dependent only on the full use of our creative imagination.
Ruth Ross

An idea is salvation by imagination.
Frank Lloyd Wright

The real giants have been poets, men who jumped from facts into the realm of imagination and ideas.
Bill Bernbach

Imagination is a quality given to man to compensate for what he is not, and a sense of humaor is provided to console him from what he is.
Oscar Wilde