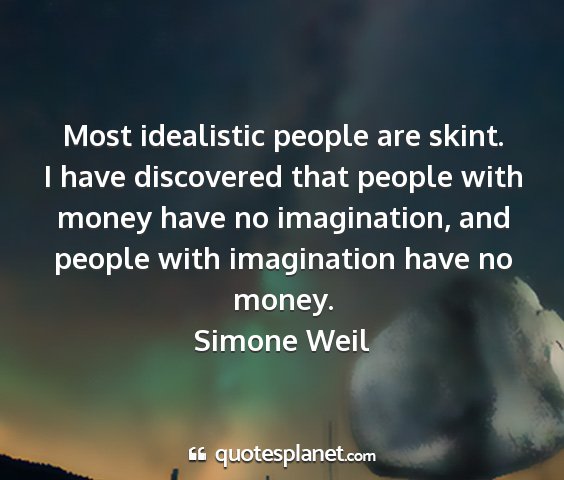 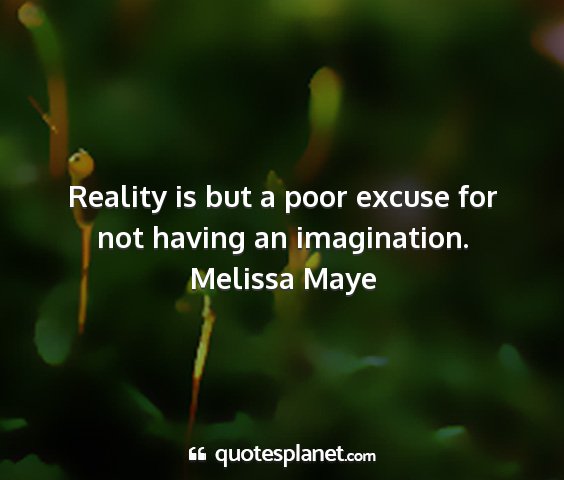 It has, moreover, been proven that horror, nastiness, and the frightful are what give pleasure when one fornicates. Beauty is a simple thing ugliness is the exceptional thing. And fiery imaginations, no doubt, always prefer the extraordinary thing to the simple thing.
Marquis de Sade

We all use our imagination every day. However, most of us are unaware that what we envision affects every cell of our bodies and every aspect of our performance.
Marilyn King

Imagination is the beginning of creation. You imagine what you desire, you will what you imagine and at last you create what you will.
George Bernard Shaw

Ultimately nature and events are largely what our imaginations make them out to be.
Jose Vasconcelos

Skill without imagination is craftsmanship and gives us many useful objects such as wickerwork picnic baskets. Imagination without skill gives us modern art.
Tom Stoppard, "Artist Descending a Staircase". 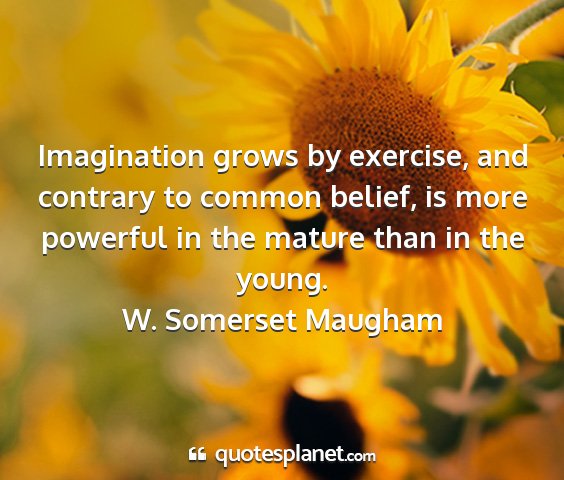 Imagination is the one weapon in the war against reality.
Jules de Gaultie

You cannot depend on your eyes when your imagination is out of focus.
Mark Twain

So it is with minds. Unless you keep them busy with some definite subject that will bridle and control them, they throw themselves in disorder hither and yon in the vague field of imagination. .. And there is no mad or idle fancy that they do no bring forth in the agitation.
Michel de Montaigne

The real giants have been poets, men who jumped from facts into the realm of imagination and ideas.
Bill Bernbach

You cannot condemn a man for what may only be a figment of your own imagination.
Stephen King

Imagination is the highest kite one can fly.
Lauren Bacall

There are no great limits to growth because there are no limits of human intelligence, imagination, and wonder.
Ronald Reagan

Love is a canvas furnished by Nature and embroidered by imagination.
Voltaire

Imagination is the pontoon bridge making way for the timid feet of reason.
Author Unknown

It is feeling and force of imagination that make us eloquent.
Marcus Valerius Martialis

The life of man is the true romance, which when it is valiantly conduced, will yield the imagination a higher joy than any fiction.
Ralph Waldo Emerson

First comes thought; then organization of that thought, into ideas and plans; then transformation of those plans into reality. The beginning, as you will observe, is in your imagination.
Napoleon Hill

Imagination will often carry us to worlds that never were. But without it we go nowhere.
Carl Sagan

Imagination is a poor substitute for experience.
Henry Havelock Ellis

Anyone who lives within their means suffers from a lack of imagination.
Oscar Wilde

I am imagination. I can see what the eyes cannot see. I can hear what the ears cannot hear. I can feel what the heart cannot feel.
Peter Nivio Zarlenga