The thing always happens that you really believe in; and the belief in a thing makes it happen.
Frank Lloyd Wright

I do not believe in political movements. I believe in personal movement, that movement of the soul when a man who looks at himself is so ashamed that he tries to make some sort of change - within himself, not on the outside.
Joseph Brodsky

I believe it is an established maxim in morals that he who makes an assertion without knowing whether it is true or false is guilty of falsehood, and the accidental truth of the assertion does not justify or excuse him.
Abraham Lincoln

The primary task of the Church is not to mend the manners of the community, but to proclaim the matchless Gospel of the Lord Jesus Christ. When men hear that Gospel and believe it, their lives will give evidence of their faith.
Walter Dale Langtry 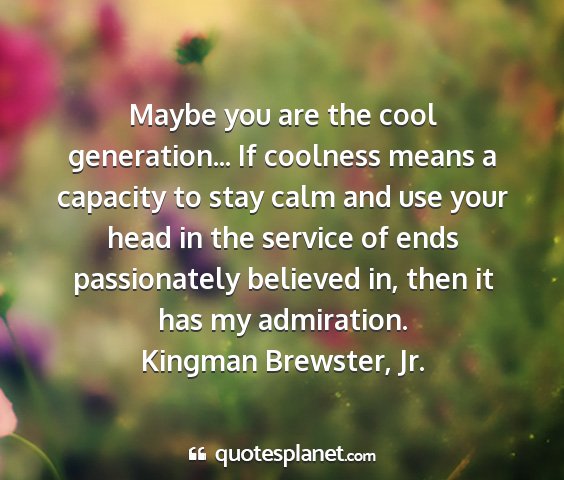 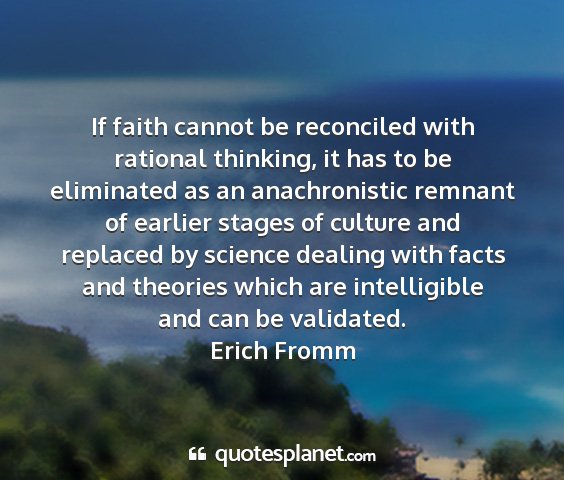 There is no feeling, except the extremes of fear and grief, that does not find relief in music.
George Eliot, The Mill on the Floss, 1860

Nobody believes the official spokesman... but everybody trusts an unidentified source.
Ron Nesen

Man has three friends on whose company he relies. First, wealth which goes with him only while good fortune lasts. Second, his relatives; they go only as far as the grave, leave him there. The third friend, his good deeds, go with him beyond the grave.
The Talmud 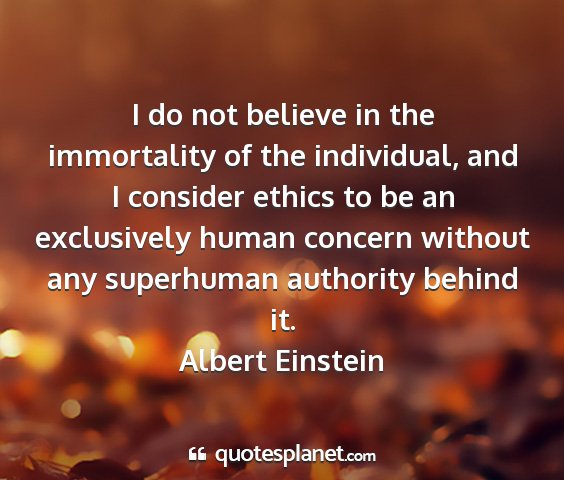 Most of our students are here to get the credentials they believe are central to admission to the Dream. Everyone does the rhetoric bit - Fascist pig this and that - But push them and they ask you to write recommendations for jobs with banks and insurance companies.
John Gargin

A fondness for satire indicates a mind pleased with irritating others for myself, I never could find amusement in killing flies.
Jeanne - Marie Roland

Great things are accomplished by talented people who believe they will accomplish them.
Warren Bennis

Ignorance is preferable to error, and he is less remote from the truth who believes nothing than he who believes what is wrong.
Thomas Jefferson, (Notes on Virginia, 1782)

The secret of happiness is to make others believe they are the cause of it.
Al Batt, in National Enquire

There is no worse lie than a truth misunderstood by those who hear it.
William James

This is the art of courage to see things as they are and still believe that the victory lies not with those who avoid the bad, but those who taste, in living awareness, every drop of the good.
Victoria Lincoln

Art is merely the refuge which the ingenious have invented, when they were supplied with food and women, to escape the tediousness of life.
W. Somerset Maugham

Ultimately, all things are known because you want to believe you know.
Frank Herbert

Who will relieve me of this Wuthering Height.
Sir Winston Churchill

There are only two families in the world, the Haves and Have - Nots.
Miguel de Cervantes

It is not the oath that makes us believe the man, but the man the oath.
Aeschylus

Early civilizations complained about still earlier ones, much as we do about both.
Author Unknown

The crime of suicide lies in its disregard for the feelings of those whom we leave behind.
E. M. Forster, Howards End

Believe nothing merely because you have been told it. Do not believe what your teacher tells you merely out of respect for the teacher. But whatsoever, after due examination and analysis, you find to be kind, conducive to the good, the benefit, the welfare of all beings - - That doctrine believe and cling to, and take it as your guide.
Buddha

Much as we might wish to believe otherwise, universal love and the welfare of the species as a whole are concepts which simply do not make evolutionary sense.
Richard Dawkins

He does not believe, that does not live according to his belief.
Thomas Fulle

We swallow greedily any lie that flatters us, but we sip little by little at a truth we find bitter.
Denis Diderot

All men profess honesty as long as they can. To believe all men honest would be folly. To believe none so is something worse.
John Quincy Adams

I can believe anything, provided that it is quite incredible.
Oscar Wilde, The Picture of Dorian Gray, 1891

The animals of the planet are in desperate peril... Without free animal life I believe we will lose the spiritual equivalent of oxygen.
Alice Walker, Living by the Word, 1988