I seldom think of politics more than 18 hours a day.
Lyndon B. Johnson 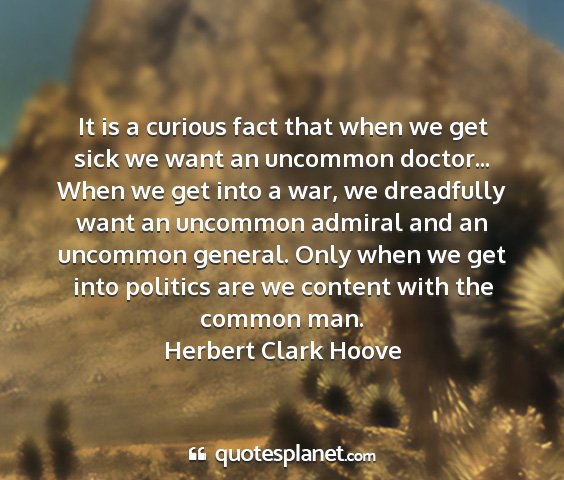 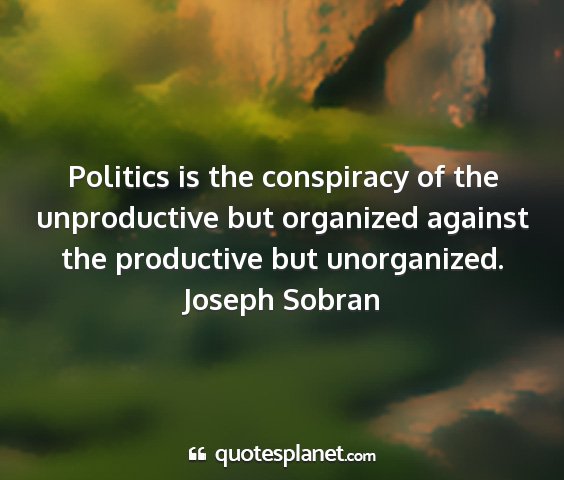 Politics is the art of achieving the maximum amount of freedom for individuals that is consistent with the maintenance of social order.
Barry Goldwate 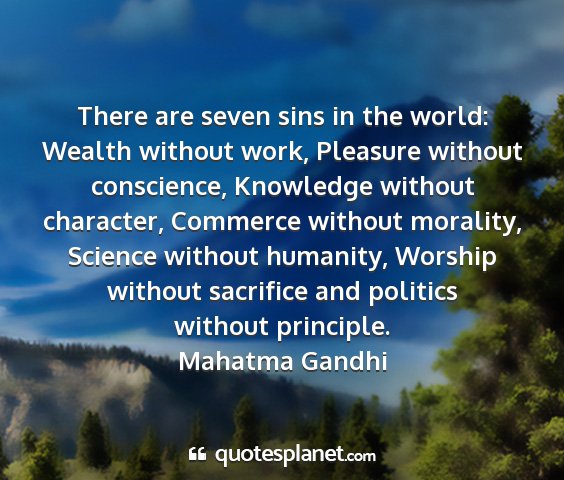 War is a continuation of politics by other means.
Carl Von Clausewitz, quoted by Gene Hackman in "Crimson Tide".

Politics is not the art of the possible. It consists of choosing between the disastrous and the unpalatable.
J. K. Galbraith

The whole aim of practical politics is to keep the populace alarmed and hence clamorous to be led to safety by menacing it with an endless series of hobgoblins, all of them imaginary.
H. L. Mencken

Jokes of the proper kind, properly told, can do more to enlighten questions of politics, philosophy, and literature than any number of dull arguments.
Isaac Asimov

I have come to the conclusion that politics are too serious a matter to be left to the politicians.
Charles De Gaulle

The end move in politics is always to pick up a gun.
Richard Buckminster Fulle

Nothing is so admirable in politics as a short memory.
John Kenneth Galbraith

The whole aim of practical politics is to keep the populace in a continual state of alarm and hence clamorous to be led to safety by menacing them with an endless series of hobgoblins, all of them imaginary.
H. L. Mencken

In politics, absurdity is not a handicap.
Napoleon Bonaparte

Politics should be the part - Time profession of every citizen who would protect the rights and privileges of free people and who would preserve what is good and fruitful in our national heritage.
Lucille Ball

Politics is perhaps the only profession for which no preparation is thought necessary.
Robert Louis Stevenson

In politics stupidity is not a handicap.
Napoleon Bonaparte

Politics is made up largely of irrelevancies.
Dalton Camp

Social history might be defined negatively as the history of a people with the politics left out.
G. M. Trevelyan

You begin saving the world by saving one person at a time; all else is grandiose romanticism or politics.
Charles Bukowski

The whole aim of practical politics is to keep the populace alarmed - - And hence clamorous to be led to safety - - By menacing it with an endless series of hobgoblins, all of them imaginary.
Henry Louis Mencken

To succeed in politics, it is often necessary to rise above your principles.
Anon.

Politics is the gentle art of getting votes from the poor and campaign funds from the rich, by promising to protect each from the other.
Oscar Ameringe

In politics I am growing indifferent - - I would like it, if I could now return to my planting and books at home.
Francois Arouet

Emotion is a rotten base for politics.
Dick Francis

Politics is the skilled use of blunt objects.
Lester B. Pearson

Politics has got so expensive that it takes lots of money to even get beat with.
Will Rogers

Politics is the art of looking for trouble, finding it everywhere, diagnosing it incorrectly and applying the wrong remedies.
Julius Henry Marx